While Facebook might have started its days as a way to share pictures, status updates and pokes, it’s become something much more in the years since. Today one of its biggest facets is the sharing of video, which people can do just as easily as other, more video focused sites. That’s about to become even more so, as Facebook has announced that it’s working on a dedicated video-space within Facebook that will allow people to watch them without interruption from other parts of the social network. 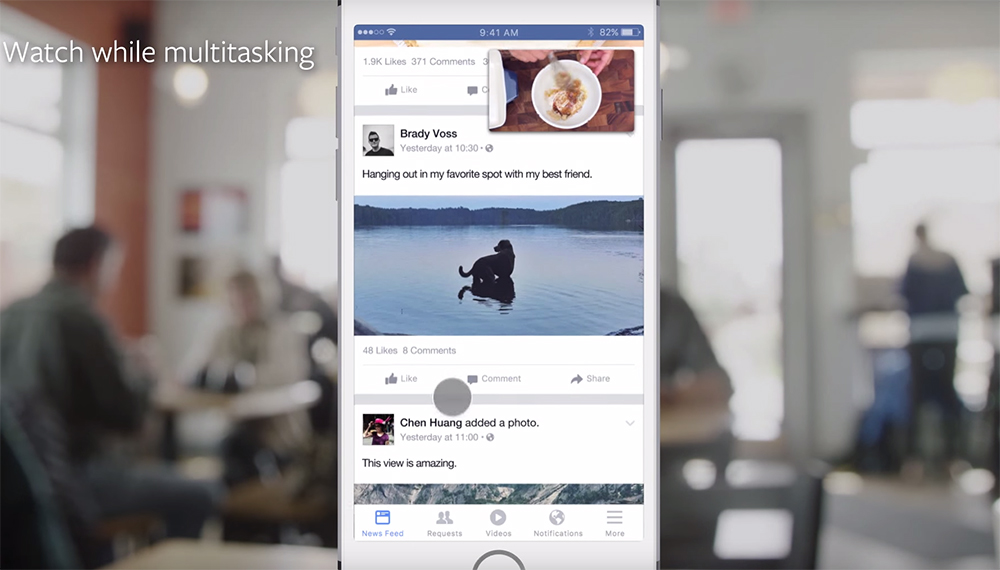 This represents a direct attack against Youtube’s audience, which has grown into a power-house over the last decade. If any entity could stand to dethrone it as the king of video though, it would be Facebook, which could leverage its regular billion+ users to watch video on its platform quite easily. Many of the videos shared on Facebook are sourced from Youtube. If even a fraction of them were uploaded to Facebook instead, that would represent a massive swing in viewers, sapped directly from Youtube.

Facebook will be rolling out this video update as part of its smartphone application, with a small number of  select users gaining access first to test how it all works, before it’s made available to everyone, as per Recode.

Videos can be saved for viewing later, moved around and shrunk while you view other content in the background, or search for something more interesting to watch – much like the Youtube experience. Facebook will also leverage its trending architecture to suggest videos to users that may be of interest.

More importantly for Facebook, this new video platform will allow it to delve far deeper into video advertising, which has huge potential for revenue increases; especially if it can siphon off Youtube traffic.

KitGuru Says: It will be very interesting to see what Facebook can do with this new video platform. Although it garnered a reasonable number of users, Google+ never eclipsed Facebook; can Facebook eclipse Youtube?