The American election machine is truly beginning to spin up as we head towards the respective party nominations in July, followed by the election proper in November this year. That means some of the big advertising schemes for the various candidates are starting to appear and in the case of Democratic candidate, Hilary Clinton, that's seen her take out a full-page takeover of the AOL mail homepage.

Although you can't see the advert if you are visiting the site from the UK, on the U.S. AOL Mail page, Clinton's face takes up the entire backdrop, with a short phrase reading “I'm with her,” and the ability to sign some sort of register that you're going to vote Hilary when the times comes. 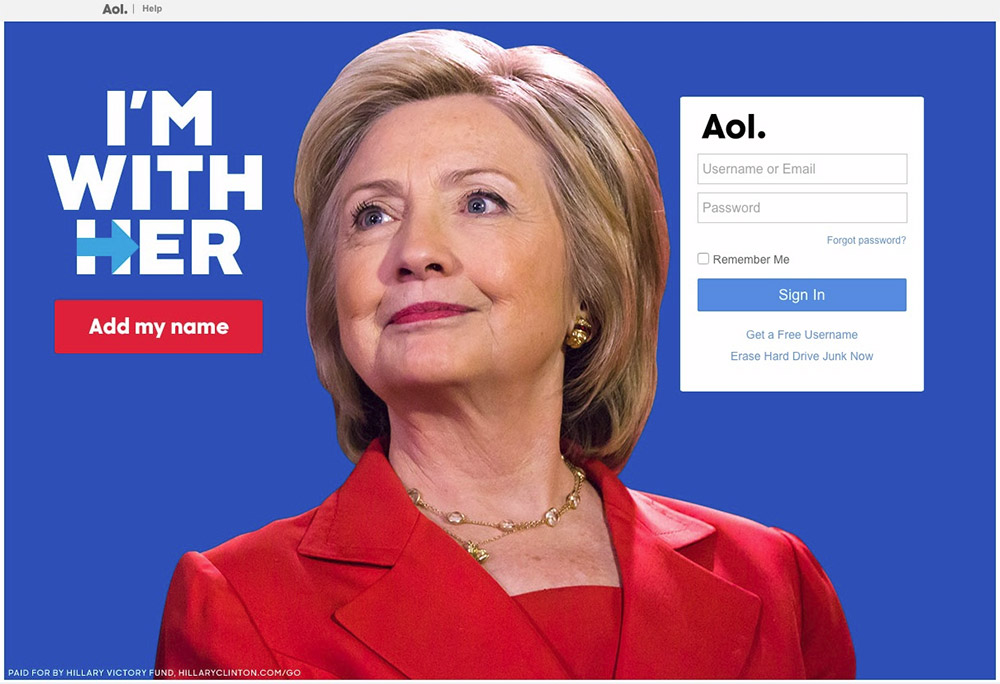 Although this might seem like any other advert for the overblown U.S. election season, it's interesting because nobody expected it. That is especially so, considering her recent loss at the New Hampshire primaries to rival Democrat Bernie Sanders, who has a strong groundswell of support from younger generations. Is the AOL advert her campaign's attempt at being relevant to the youth?

Of course if that is the case, this is unlikely to have much of an effect, as the AOL Mail demographic is not a young one. It may well be that that's not the intention and Clinton is looking to shore up her already solid, elder base of support, but if that's the case, AOL Mail is an interesting way to go about it.

On top of that, does it suggest that her position is weaker than once thought? (thanks WeeklyStandard).

KitGuru Says: Regardless of what the attempt was with the AOL Mail advert, it still seems far less effective than spending that campaign money elsewhere online could have been.