Home / Channel / How hard can you punch?

How hard can you punch?

Ever since I watched Rocky IV back in my early teens, where Ivan Drago grunts his way through a montage and continually increases his punching power by swinging away against that big bank of LEDs the Soviets apparently used to track it, I’ve wanted to know how hard I can punch. Apparently I’m not the only one either, as instead of hunting out those naff boxing machines at piers and carnivals, Steven Cains of Responsive Sports has developed a pair of MMA gloves with built in sensors that can tell you just how hard you can hit. 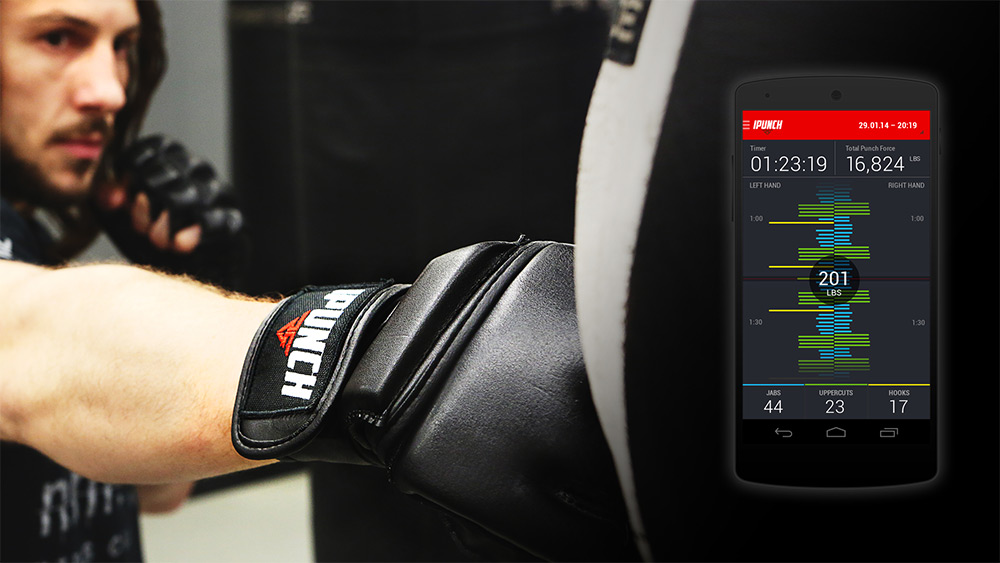 The gloves are called the iPunch – showing that tech-trope still has some life in it – and combines a pressure sensor to measure impact and an accelerometer to track the speed of your punch. By looking at a combination of how flush a punch landed, which parts of the glove – and therefore your hand – hits first and how fast you threw it, the companion app calculates your punching power. The data is sent to your smartphone to quantify, letting you look at all sorts of data about the power of your punches.

There’s even a built in boxing trainer in the app, which will call out combinations and give you endurance rounds to push yourself in the gym. The gloves’ batteries last around 15 hours, but you may want to wash them before then. Unfortunately though, due to the electronics inside, they’re not machine washable. You can wipe them clean, but it sounds like submerging them will be a problem, which means before long these things are going to stink.

If you’d like to get in on the ground floor, you can pick up a pair of iPunch gloves for $140 (£82) on its IngieGoGo page, where the developers hope to raise $75,000 over the next month and a half.

KitGuru Says: While these seem like a nice idea, it’s worth saying that if you’re planning on getting a pair yourself, have someone teach you how to punch properly. If you get these and just start swinging wildly you stand a good chance of hurting yourself.