If British MPs were Hearthstone cards

With the election upon us today, no doubt many of you are slipping off at lunch or after work to register your support for your MP of choice. While there have been many memes and gags to support and decry just about all of them in the past few weeks of campaigning, one person wondered what the faces of British politics would be like if they had their own Hearthstone cards. 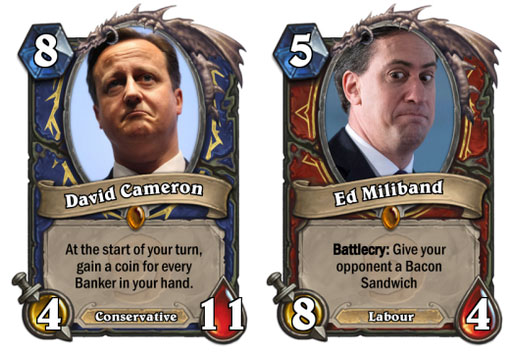 All credit for this goes to Tumblr blogger Unchronology, (via Kotaku) who covered not only the two big names in this election, but some of the more fringe players, of course giving them applicable abilities too. Farage for example is given a pretty powerful ability, but it doesn't look like he'll get much play time after today. 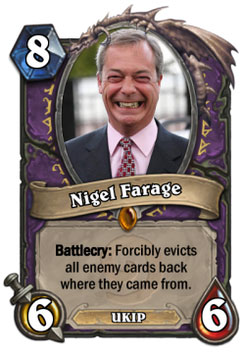 Just watch out for Leanne Wood. A 7/5 with stealth for only five mana? She's the most OP of the lot. 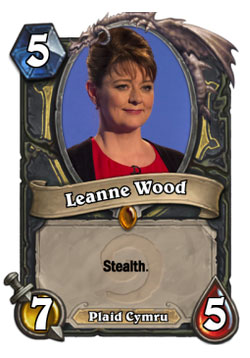 KitGuru Says: As much as tomorrow will be an interesting day, I'm sure I'm not the only one pumped to see the election run up come to an end. The grandstanding is nearly over.