The UK has been home to some wonderfully mocked anti-piracy campaigns. The “you wouldn’t steal a car,” campaign birthed many memes and the push for letters warning of piratical activity hasn’t had much of an effect on the sharing landscape. Still, they’re trying and a new campaign, titled: “Get it Right from a Genuine Site,” features colourful graphics and the same old message. 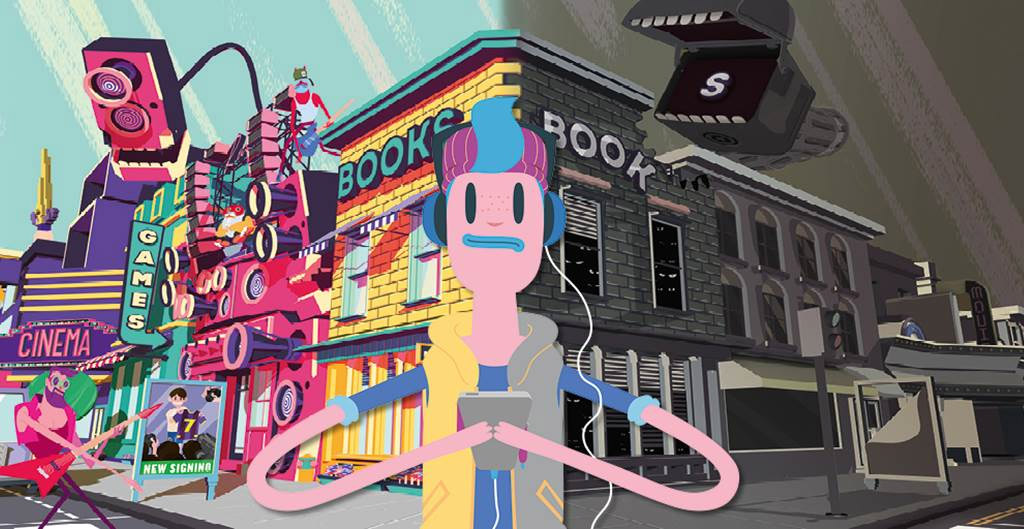 So the illegitimate sites are where all the gritty reboots go right?

The advert is designed to encourage consumers to get their media from “genuine,” sites that charge them for it. That way the campaign says, you’re promoting UK creative arts and helping to ensure more content is made in the future.

“Every time you watch, listen, read or play, you make a choice, either to support the things you love and help them flourish and grow, or to contribute nothing,” reads the campaign site. “By supporting what you love, you invest in creating more of it and the development of new artists and ideas. So, get it right from a genuine site.”

The implication is that if you don’t, if you download illegally or stream content you haven’t paid for, that the media industries will collapse.

This is an exaggeration of course. Piracy rates today are far lower than they were just a decade ago and the music, movie and games industries are bigger than ever, with record profits in some sectors. Although that isn’t thanks to piracy, there is some evidence to suggest it’s helped; especially smaller artists who can’t afford the PR and promotion of the larger studios.

As TorrentFreak points out, this campaign has so far been pretty underwhelming. Responses to its calls for those in agreement to tweet a certain hashtag have mostly failed and other social networking presences are wastelands of disinterest.

It certainly hasn’t garnered the same interest – or derision – as the famous “you wouldn’t seal a car,” advert which it turns out actually used pirated music for the video, without paying royalties to its creator.

KitGuru Says: As much as KitGuru would always suggest you support artists you enjoy by paying for their work, we know that credible alternatives are the best method to combat piracy. We’d much rather more money was put into building those instead of these rather silly and overblown campaigns.