Game streaming might have started out as a mere curiosity, but with Let’s Players like Pewdiepie nearing 20 million subscribers, esports becoming an industry worth tens of millions and the big push for sharing on the latest generation of consoles, it’s here to stay and is likely to only get bigger. Which is why the competition is heating up between rival streaming firms MLG, Twitch, Ustream and Youtube Live and it’s certainly why the former of that bunch is trying to separate itself from the pack by saying it can make its streamers more money than the others can.

It’s also painting itself as a premium service however, suggesting that it’s not as easy to set up as the other systems because it’s not designed with “one-button streaming,” it’s built for those that want to take streaming seriously. “The key to it is: If you produce live content, have a meaningful audience, and want to make money off of advertising, our numbers are far stronger at the moment,” said MLG CEO Sundance DiGiovanni while speaking to OnGamers.

In contrast, he described the other services as going for “mass-content production,” rather than quality content, which is something he was keen to emphasise that was coming out of MLG. However, he said it was a lot easier now than it used to be, as the technology costs of running a streaming service have come down a lot in the past few years. 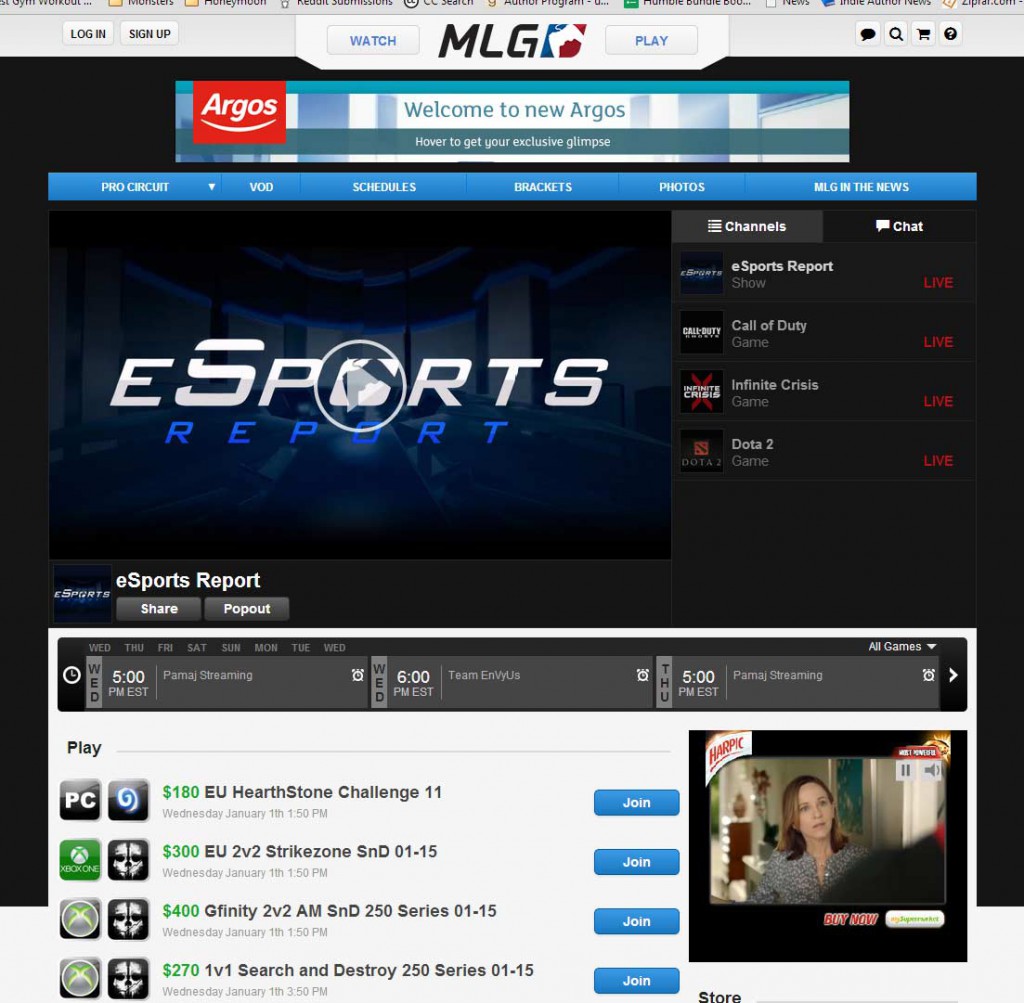 Despite that though, costs remain high, as MLG has invested a lot in developing a new advert server and a custom player – which is why it’s restricting itself to in-house content and streamers, rather than letting user generated content dominate.

“We think stuff on Twitch is great,” he said, drawing a comparison between it and that mass of user controlled streams. “I think it’s fantastic for user-generated content, it just was not a sufficient for us. Neither was uStream, neither was Streamworks, and neither was YouTube Live.”

However that doesn’t mean that MLG isn’t looking outwards for new talent. According to DiGiovanni, new personalities will be coming on board soon, including what he describes as “gaming generalists,” as well as people that currently have a big following on Youtube, Twitter and other sites.

He also mentions the code of conduct everyone has to abide by if working under the MLG banner: “Anything that does not work within the construct that we’ve created will be dealt with really quickly and removed should it happen.” This lets him and his team go to advertisers and give them guidelines about what the content will be like without worrying about having safeguards to prevent streamers going off the rails.

He may have a point too, as we saw when the PS4 launched with its Playroom feature that things could go horribly wrong, when a man stripped his drunk, passed out wife and left her on camera for everyone to see.

KitGuru Says: I don’t watch a lot of streaming myself, but I’d be interested to hear which services you guys use for your own streams and for viewing. Does MLG appeal to you more and does it come off as more “premium,” than its competitors?