Home / Channel / PewDiePie is earning over $4 million a year

PewDiePie is earning over $4 million a year

Like him or not boys and girls, Youtube's most subscribed channel, beating out international musicians, tutorials on how to put on makeup and even those Epic Rap Battle guys, PewDiePie, is pulling in over $4 million a year with his let's plays, tutorials and montages.

As many fans as PewDiePie – real name Felix Kjellberg – has though, you'll find equal numbers of detractors, wondering why it is he's become such a media force on the video sharing site. His antics are childish, his production quality isn't anything to shout about and, perhaps his most common criticism is that he's just playing games while people watch.

The phemonenon of people watching others play games isn't a flash in the pan though, or something that Kjelberg alone has cornered. One has only to look at the way eSports have exploded in recent years, with the League of Legends final last year drawing over 30 million people via live-stream, to see that it's an activity many people enjoy. Many of the other top channels on Youtube are also related to game streaming and then of course there's the big pushes by both Microsoft and Sony with their latest consoles to encourage streaming and sharing. 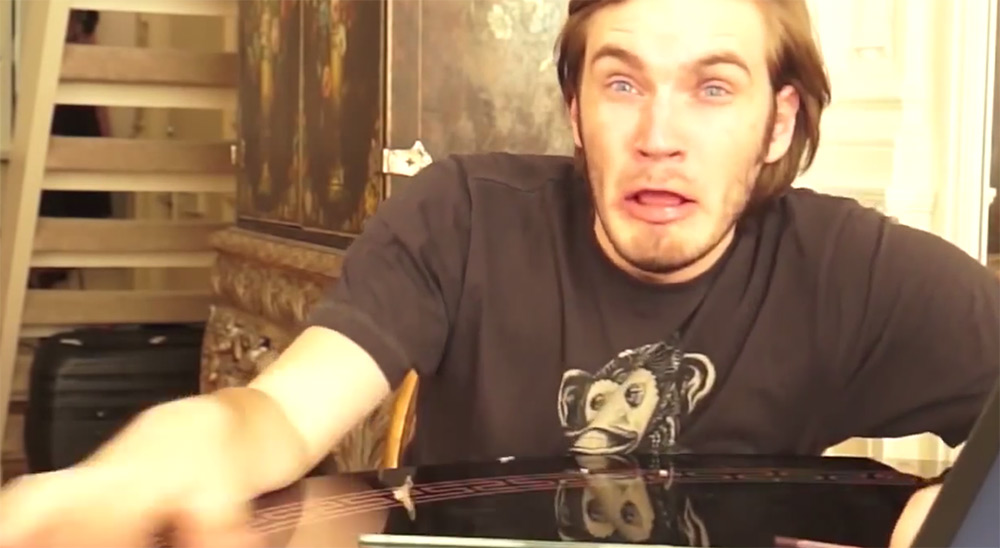 This guy is a millionaire.

Kjellberg's own success though has come as a combination of things. Firstly, gaming let's plays are idea for Youtube. They're quick and easy to make, meaning you can put out regular content with minimal budget and they're long enough that Youtube recognises the videos as engaging audiences over a long time, so boosts promotion for them. Secondly, his mix of informative game playing – by simply playing games, he brings them to his audience's attention – dare I say it, journalism, and the childish antics, voices and noises he makes, really tap into a generation that has grown up over the last near decade of Youtube activity, watching Youtube poop and characters like Fred, while the older generations watch on bemused.

On top of that though, Kjellberg moved around a lot over the past few years, living in Sweden first, then Italy and then moving to the UK. This gave him more promotion by Youtube in each of those different audiences while he lived there, tapping him in to markets that other channels, most likely native English speakers, could only hope for.

And on top of all that, he's signed to the recently Disney bought, Maker Studios, which pumps cash and its own influence into promoting channels it supports. It's a winning formula.

KitGuru Says: As obnoxious as his videos can be, your have to admire the guy's ability to dominate a platform so much and to make that much money from such simple videos. He also sounds pretty humble in person.