Just a few months after noting how well the Pirate Party was polling in Iceland, it's really looking like we may close out the year with the first Pirate majority government. Following the recent resignation of the Icelandic Prime Minister, the Pirate Party continues to poll well, with now more than a 40 per cent approval rating.

That's really something, not just because this is a party that has been around for only a few short years and was ideologically born from the sharing ideals surrounding The Pirate Bay, but because of its quite radically liberal agenda.

The Icelandic Pirate Party wants to give asylum to whistleblower Edward Snowden, it wants drugs decriminalised, copyright reform and a more transparent parliament. While Iceland might not have the biggest seat on the world's stage, it does have a seat and with that seat occupied by a Pirate Party Prime Minister, that could bring ideals to the fore which may otherwise have remained unsaid. 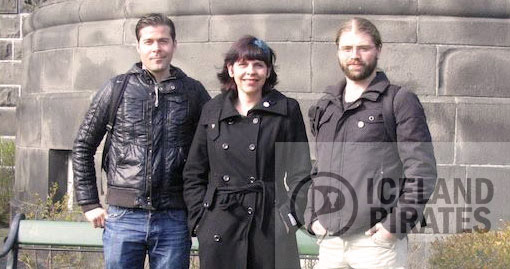 While even strong polls can be off by a few per cent points when it actually comes to voting, the Pirate Party already secured five per cent of the vote in 2013's elections, so seems poised to at the very least, play a major role in any sworn in coalition government when elections take place in August later this year.

This has been acknowledged by other parties like the Left-Green Movement (as per FT), who are receptive to the Pirate Party's ideas. It remains to be seen if the more traditional parties, often considered to be guilty of being part of an old-boy's network, will join with the new wave of politics from the Pirates.

KitGuru Says: It often feels hard to get excited about British politics. We don't have the pizazz of the U.S. nor the coalition like mashups of Europe. It's A or B and often it feels hard to spot much of a difference. With the Pirate Party though, that difference is huge.