Pirate Party Iceland was asked to form a coalition government

Iceland's Pirate Party, the group which performed so well at the recent general elections, has been given the go ahead by the country's president, to try and form a coalition government. It is the third party that has been asked to do so, after the two most popular parties failed to form one.

The Icelandic Pirate Party was only formed back in 2012 and has a member base that's less than 1,500, and yet something about it resonated with the Icelandic people. This lead to it earning just shy of 25,000 votes in the election, or around 15 per cent of the total. It earned 10 seats in parliament in turn, just as many as the Left-Green Movement and around half that of the Independence Party.

With no party having the 32 required seats to form a government though, several have been trying to form coalitions, and now that they've failed it's the turn of the Pirates. 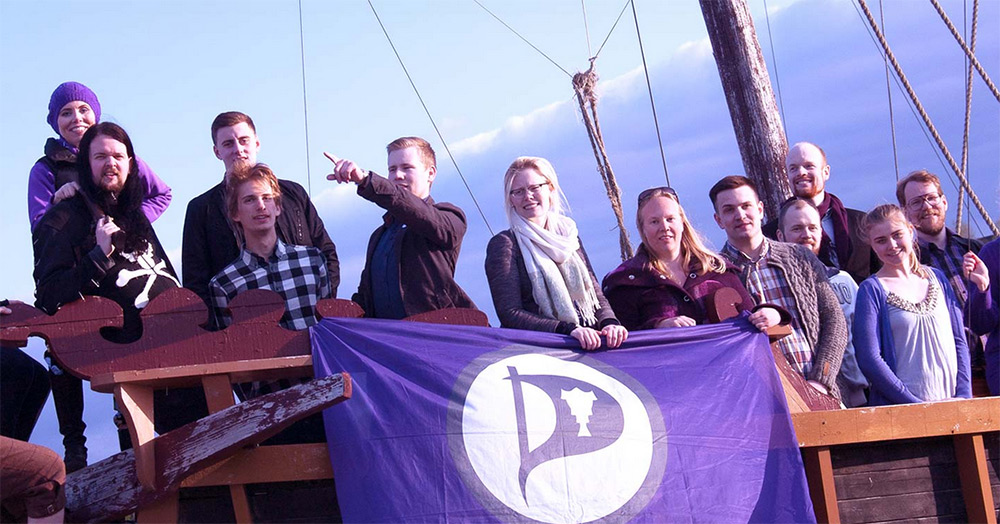 The party spent much of the weekend discussing internally how it would proceed and began formal meetings with politicians from other key parties on Monday. Its plan is to try and form a five-party coalition from both sides of the political spectrum. However it plans to deliberately exclude the two current coalition government partners, the Independence Party and Progressive Party.

This is something that others have tried before and failed though, so it will be interesting to see if the Pirates can pull it off. They claim to not be rushing the process, despite this sort of negotiation often encouraging expediency.

KitGuru Says: It really would be amazing if a Pirate Party ended up as part of government. There's some really contemporary, internet-age ideals in its midst that could take to the world stage in a wholly new way.