Although Kim Dotcom's Internet Party has been the most attention grabbing, alternative party championing online freedoms in recent years, Europe's various Pirate Parties have been holding the fort for the better part of a decade. In the UK in-fact, it's just celebrated its sixth birthday, at which time the head, Cris Chesha has taken a moment to reflect on the challenges faced in recent years and the new ones set to come.

The Pirate Party UK, or PPUK, was registered by Andrew Robinson on 30th July 2009 and oh how the UK's internet has changed in those few short years since. As Chesha points out, ISP blocks, initially claimed to be for targeting child abuse websites, have been almost exclusively used to (ineffectively) crack down on piracy.

“David Cameron threatened to block Twitter and Blackberry Messenger during civil riots, and more recently decided to “leave no safe spaces” for communication,” Chesha continued, highlighting how the Snooper's Charter was rushed through parliament, despite being ruled illegal by the High Court. 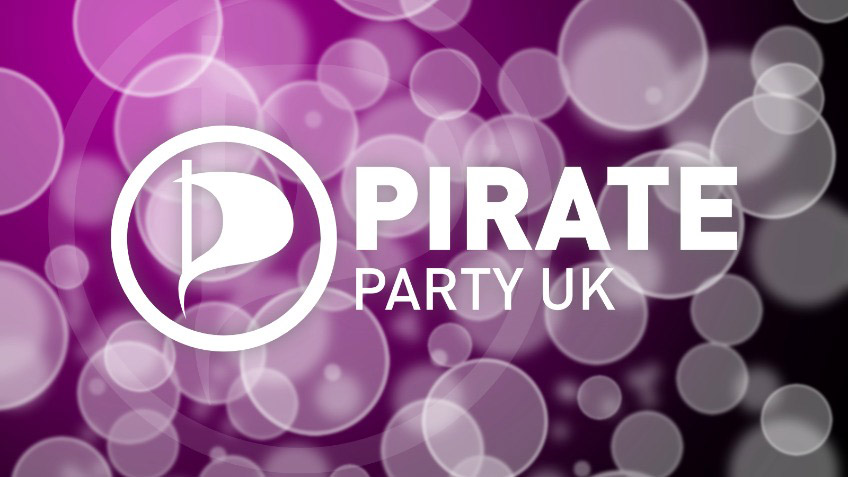 We've also had the Edward Snowden revelations, SOPA, PIPA, the ongoing fight against TTIP and other legislation. Julian Assange still lives in the Ecuadorian embassy.

“Throughout the whole time, Pirate Party UK have stood strong and fought for what is right. We've stood candidates in Local, General, Scottish and EU elections, and brought our message to millions of UK voters,” he said.

This was backed up by David Elston, PPUK's deputy leader, who pointed out that just a few years ago talking about mass surveillance and government oversight was seen as a taboo topic that no one was particularly interested in. In contrast, today it's a hot one that has engaged many people.

There's still a lot more work to do they say, but for the next few weeks at least PPUK will release infographics and data looking back over the past few years of its operation. It hopes that in the future it will be able to bring the same sort of response to government privacy invasions as other parts of the world have seen.

KitGuru Says: I don't live anywhere near a PPUK candidate, but did any of you vote for them in the election?

Previous Windows 10 launch seems like the start of something exciting
Next Clarkson, Hammond and May sign with Amazon Prime for new show