Home / Channel / Pixar might be making a Star Wars movie

Some fans of the company and of the movie series will no doubt find cause for concern in the report that Pixar may very well be making a Star Wars movie, but from Disney’s perspective, taking your still most well respected (mostly) studio and letting it go nuts on your biggest franchise makes total sense – especially since the most successful Star Wars properties of recent years has been the animated Clone Wars.

Reported by the Latino-Review, the details are pretty thin on the ground. We don’t know what the movie will be about or when it will be released, though with Pixar scheduling expect it to be at least a few years. There’s already four Pixar movies slated for release in the next couple of years, with some unannounced projects following after – though of course those could be this very Star Wars movie. 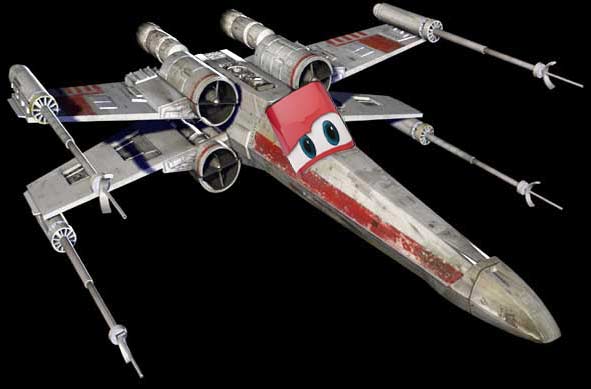 I just hope it doesn’t amount to ‘Cars in Space’

However making a movie that isn’t an internally original concept is a new one for Pixar. While it’s produced a lot of sequels with mixed results in recent years, it has always made movies based on its own properties. If it is working on a Star Wars movie, this would be the first time that it has stepped out of its own IP well. Whether that will mean good or bad things for the end result, we’ll have to wait and see.

Kitguru Says: At my age, the only Star Wars movies I ever saw released, were the prequels and they were just dull all over. I’m actually more interested in seeing something animated in the universe rather than another live action mess.