The RIAA baffled many onlookers last week when it went after Reel Radio, a site dedicated to providing archived radio air-checks, where it demanded that archives not be online for more than two weeks and that the site get permission from all stations that originally aired the checks, despite many of them being defunct. Now it’s continuing its bizarre attacks by targeting a not for profit site focused on vinyl mixtape archives.

PatesTapes.com is a site that offers archived vinyl recordings, taken manually from the original medium, copied on to digital tape and then digitised. This is something that the site doesn’t earn any money from and has only around 200 listeners a day, but it’s been doing it for years. The site even sends several of the biggest record labels $5,000 a year for licensing to play the old records. Despite all that, the RIAA thinks this is a major hub for piracy and wants its powers limited. 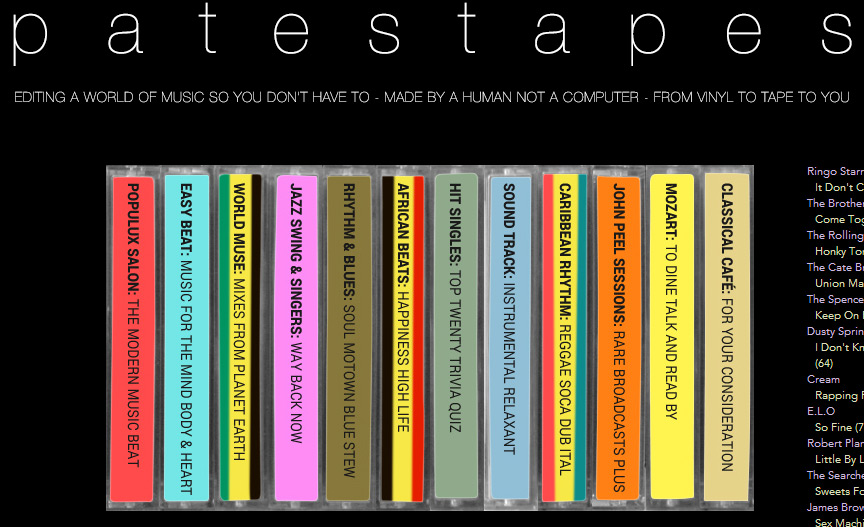 “The demands are almost exactly the same as what ReelRadio is reporting – remove ‘archived recordings’ after two weeks and ‘archive recordings’ must be longer than five hours. In our case, saying what is in the recording before it plays is a no-no,” PatesTapes’ Dennis Wallace told TorrentFreak.

While initially it was thought that the restrictions would kill the site off, the owners have now decided to comply with the RIAA’s wishes, but give the site of an overhaul in the same breath. Unfortunately that means that at the moment the site’s functioinality is dead, with nothing to listen to at all. It will return though, in due time.

“We are revising the existing site to accommodate the wishes of the authorities,” reads an update on the site’s blog. “Our mission remains unchanged; to introduce you to a vast and diverse array of musical styles. The site will be up but mute for a while…comments are encouraged. Till we meet again, enjoy in joy. Charles”

KitGuru Says: Once again the RIAA is flexing its muscle to shut down something, anything, so that it has a valid reason for existing. It’s clearly unable to do anything about sites that actually pirate content and don’t pay licenses, so it’s targeting small non-profit ventures to make itself look busy. Pretty awful behaviour.