Musician and director Rob Zombie isn’t necessarily the man you’d associate with explaining the real history behind something as nuanced as the French Revolution, but that’s what’s happened. He’s teamed up with comic book artist Tony Moore (of Walking Dead fame) to give the world an animated, comic and violent look at the way the French citizens rose up and tore down their leaders, one guillotined neck at at a time.

NB. It’s worth noting that while stylised, the video is very violent so could be considered not safe for work.

In france, during the last years of the 18th century, the people, fed up of enormous differences between rich and poor, with fruitless wars and heavy taxes being levied upon them, decided to tear down France’s power structure with their bare hands and do so they did.

Unfortunately though, for all their success, the power vacuum led to the appointment of someone just as, if not more brutal, who ultimately needed to be torn down himself in turn. 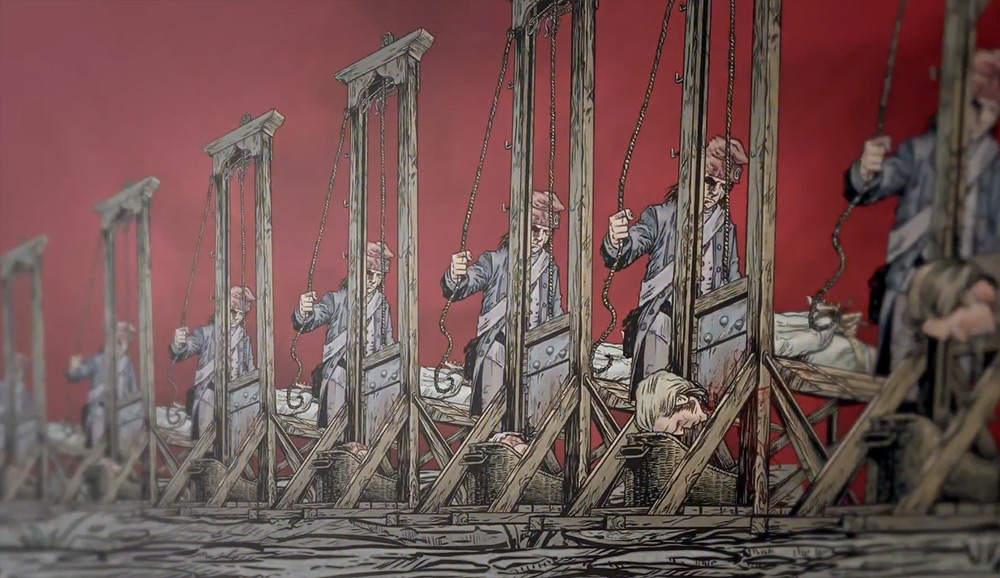 During Assassin’s Creed Unity, players will operate in the background, aiding and abetting the citizens as they rise up time and again to claim their freedom from oppression. In this video specifically, the Assassins are an afterthought, with the freedom fighters of France the true protagonists.

KitGuru Says: Here’s hoping that’s the case in the game too, as the real revolutionaries deserve the praise, even with some artistic license taken with the game.

Previous Amazon losses point to tough year ahead
Next Can you review? Win an ASUS GTX750Ti OC GPU!