If you're one of our younger readers, then Clip Art might be something you heard your parents or older siblings discuss, along with other ancient technologies like game cartridges, Encarta CDs and VHS tapes. It was a time of minimalism and inadequate access to worldwide information. It was a time where curving your homework's heading and making it rainbow coloured might get you a better mark. Adding little simplistic images to punctuate aspects of your report was just icing on the cake.

If you fancy a Nostalgia gut-punch, just search for “Clip art”

That's what Clip Art is, or rather was, as Microsoft has recently announced that it's going to be fading out the last bastion of Office based imagery, as people are simply grabbing their pictures online instead. And why wouldn't you, a single online Image search has more choice than any Clip Art collection ever had.

But this still represents the end of an era. 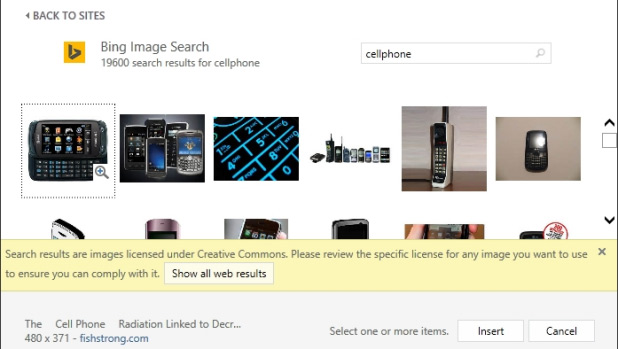 You'll still be able to get images from within Microsoft's Office products, but instead they will be grabbed from Bing image search.

KitGuru Says: Oddly, the Microsoft blog about this move has now been removed, so it may be that it isn't final. It seems likely though as really, any image search online is going to be more effective. Plus you can search for creative commons stuff, which you should do really if you plan to re-use someone else's work.

Previous Meet Amazon’s warehouse robots
Next Huawei: ‘nobody made any money in Windows Phone’