Just last week we learned that within a couple of days time, a group of lords would attempt to pass through the counter-terrorism bill with added measures from the much decried “Snooper's Charter,” which would have forced ISPs to retain details of their customers, for up to a year. These measures seem to have lacked support however, as during debate they were shot down, leaving the privacy invading additions on the House of Lords' cutting room floor.

While the measures themselves were worrying in their own right, what caused most concern among privacy advocates was the way in which the additions to the counter-terrorism bill seemed to have been made. By bundling them with other legislative acts, it seemed like there was an attempt to sneak the measures past public scrutiny. Indeed, one of the lords behind the proposed changes, Lord Carlile, said previously that he believed that we should not wait for reviews of whether these changes were necessary to be completed. 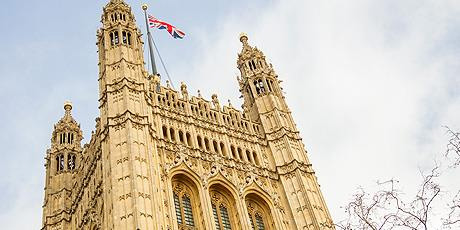 “We have taken the view that if the head of the security service and the current Metropolitan police commissioner argue that these powers are needed urgently to retain communications data due to changes in technology, then we needed to act now rather than wait for reports that we do not know when they will be completed,” he said.

Pirate Party campaign officer Andy Halsall commented on the news, stating how pleased he was that it hadn't passed.

“The Snoopers' Charter itself has been controversial,” he said. “It poses a significant threat to privacy and hands more powers to a government that still has questions to answer about its surveillance activities.  The Charter has already been broadly criticised within parliament and elsewhere. I think it's clear that these amendments should never have been offered.”

However, he and other privacy advocates believe this won't be the last time that politicians and/or lords attempt to pass these measures. David Cameron himself has promised tighter controls on digital communications if re-elected, including the banning of effective encryption techniques.

KitGuru Says: It's good to see that debate highlighted the problems with legislation like this. It really is amazing how many times someone has tried to have these measures passed into law.