David Miranda, the man who was detained after trying to transfer thousands of secretive documents from ex-NSA contractor Edward Snowden to his partner and Guardian journalist Glenn Greenwald, has lost his lawsuit against the British government and has ultimately been labelled a potential terrorist suspect, thanks to a very loose definition in the Terrorism Act 2000.

In August last year, Mr Miranda was detained under schedule seven of the Terrorism Act, which allows an officer to search any ship or aircraft, or anything on a ship or aircraft if he believes there is the chance for them to be used for terrorist activity. While it was known to all that the 58,000 classified GCHQ documents Miranda was carrying on an external hard drive were for journalistic reasons, the authorities managed to detain him without charge for nine hours, claiming the documents could reveal operatives around the world.

Even if that was the case, revealing them wasn’t Miranda or Greenwald’s intention, so the former gentleman sued the authorities but has now lost his case. While it might seem like more of a big deal to the individual, the fact that a journalistic endeavour could be halted and impeded under the guise of protecting against terrorism is a worrying precedent, one Miranda was no doubt hoping to stop in future. Now though it potentially gets a lot easier for the authorities, as any case brought against them afterwards could cite this instance as reason enough that it happen again. 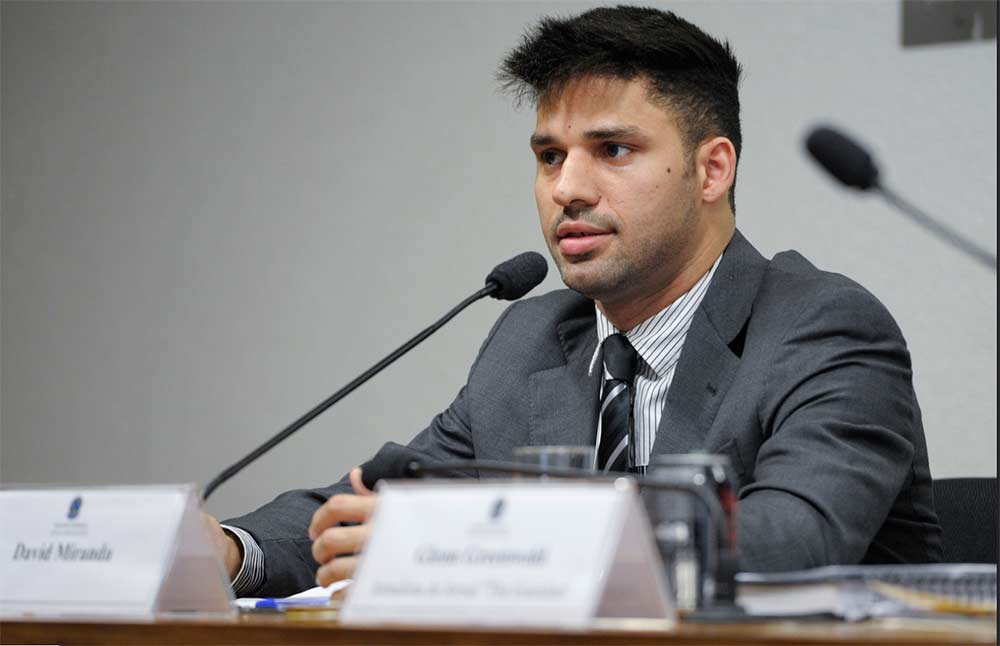 Miranda, seen here speaking at the espionage enquiry of US actions in Brazil. Source: Agencia Senado

However Miranda is unlikely to stop there, pledging to appeal once again: “I will appeal [against] this ruling, and keep appealing until the end, not because I care about what the British government calls me, but because the values of press freedom that are at stake are too important to do anything but fight until the end,” he told TheIntercept. “I’m of course not happy that a court has formally said that I was a legitimate terrorism suspect, but the days of the British empire are long over and this ruling will have no effect outside of the borders of this country.”

Of course the reason GCHQ is so keen to try and brand people working on the Snowden files as terrorists, is because it fears that the more information that is released about its mass spying, the likelihood of lawsuits against it increases. In a secretive memo it was even revealed that GCHQ higher ups were worried about a challenge based around the right to privacy in the Human Rights Act. Something that’s now looking very likely to happen, as the European Court of Human Rights is now demanding the British government justify its spying.

KitGuru Says: While the situation is far from perfect, I’m quietly confident that this will be sorted out in a few years time. It’ll take a mixture of brave journalists, hackers, the public and courts to do it, but I think there’s enough displeasure at this sort of surveillance that we’ll be able to clamp down on it well enough over time.