Despite the claims that media lobby groups and studios around the world continue to make out that pirates will never pay and should be taken a stick to rather than a carrot, Spotify feels very different, having helped drop piracy rates around the world and it now believes that with its current system, it’s found a way to make everyone pay for music, even if it’s with their time rather than their wallet.

Media lobbies have been making harumph sounds at this idea though, especially since in Australia, where getting certain content often means waiting several months longer than the rest of the world and paying more, piracy rates are inordinately high.

“In fact, results last month from our ongoing national research show that music piracy levels – just as they were almost two years ago – still sit at around the same level as that of movies and television shows,” said Andrew Harris, head of royalty collection firm APRA AMCOS, in a recent article in the Financial Review.

“We’ve heard it all before. No matter how loud the minority might shout it in anger as the answer, it’s impossible to compete with free.” 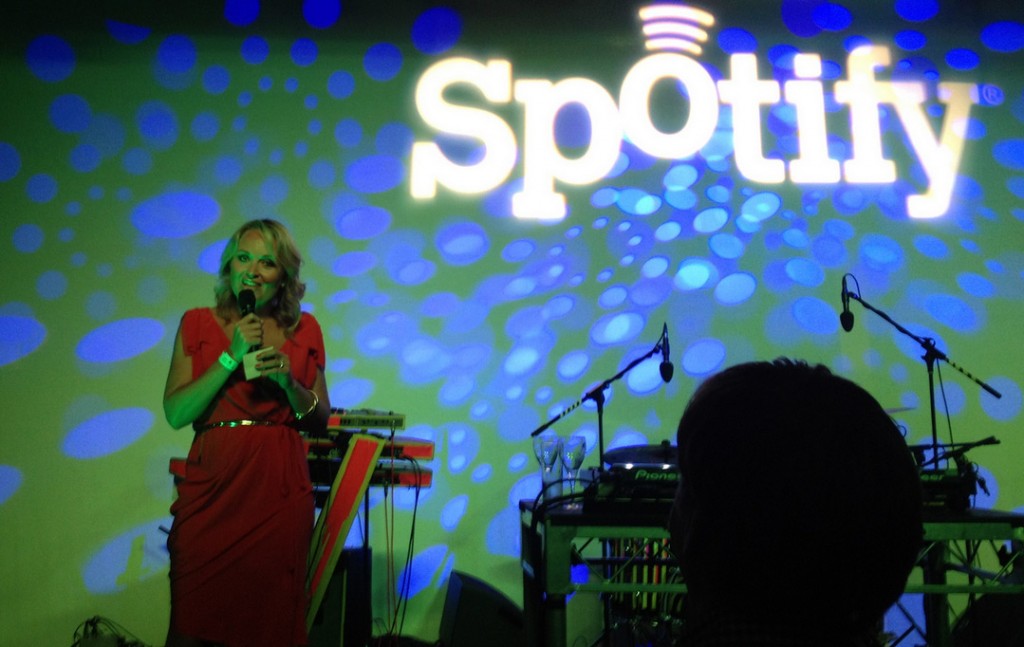 Kate Vale seen here at the Australian launch of Spotify

Except that’s exactly what Spotify says it’s been doing. By making music free, but adding adverts, it’s converted many, many pirates to its cause. Spotify’s Australia MD, Kate Vale said:

“We do believe that access, availability and price does contribute and is the answer and we have proven this in other markets across Europe and particularly in Sweden where we have seen a 30 per cent reduction in piracy since we launched about six years ago.”

She said that if you profiled a lot of Spotify users, you’d find that many of them were ex-pirates, some of the younger ones having never paid for music, “and probably never will,” she said.

Valve also pointed out that in Australia, which Mr Harris was so concerned was a breeding ground for pirates, Spotify’s conversion rate for free to paying subscribers was actually several per cent higher than average (31 as opposed to 25), making it far less piratical than he made out.

KitGuru Says: Australia often gets a bad reputation when it comes to piracy, but considering TV shows can take weeks to arrive from overseas and then cost more to watch, it’s easy to understand why people pirate.