The United States’ Department of Justice (DOJ) recently tried to extend its right to hold on to harvested metadata on US and foreign nationals from five years, to forever, citing reasons such as defending against government lawsuits and requiring evidence gathered by its snooping schemes. However, to the surprise of many, FISA court judge Reggie Walton, has denied the request, meaning all collected metadata must still be destroyed after five years. 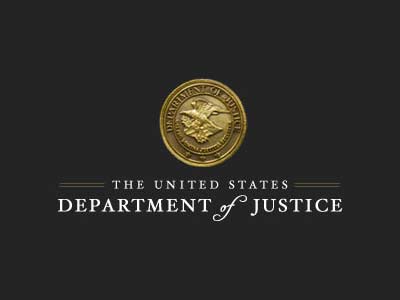 I like how they felt the need to get all flamboyant with the “of,” font.

Mr Walton not only put the kibosh on this potential infringement on civil liberties, but also dismantled the DOJ’s reasoning too. Taking each of the government’s cited cases in turn, he showed that none of them showed any reason to preserve metadata records without precedent, instead suggesting that they demonstrated how in some instances, personnel may have a duty to ignore corporate document destruction policies. He asserted that there was simply no cases that propped up the government’s position of wanting to preserve metadata records for all time.

As TechDirt points out, this isn’t the first time this judge has pointed out the problems with the DOJ’s collection of metadata, suggesting that in any other legal situation, its mass data harvesting would be considered unconstitutional. What’s even more ridiculous, is in asking for data to be held indefintely, it didn’t even use the same excuses it needed to collect the metadata in the first place – the prevention of terrorism – further undermining its position, which already has very little legal precedent for any of it.

“See you in five years.”

Acquiescing to this latest request, Walton ruled, would not only make it much more likely that at some point in the future, the data held would be abused – since it would imply be around long enough for abuse to take place – but there’s also a much higher chance of it being leaked or stolen.

Of course though, any evidence that the metadata might hold which could incriminate the government, the NSA, DOJ or any other affiliated organisation, can now be legally deleted under this precedent – all the DOJ needs to do is hang on to it long enough. If it comes under legal threat, delaying for five years could see evidence legally destroyed, with precedent.

KitGuru Says: Perhaps this isn’t such a loss for the US government after all. It was in a bit of a win, win scenario, regardless of the judge’s ruling.

Previous In case you missed it, here’s some live action Titanfall
Next UK continues to lazily block streaming sites