Home / Channel / What is the net neutrality argument all about?

What is the net neutrality argument all about?

There’s a few things that we’re quite passionate about here at KitGuru. One is providing you guys with the most honest breakdowns of new hardware possible and we do our best to break well researched, up to the minute news too. But down in our guts is where you’ll find things that we really care about, like the idea that everyone should have equal access to the internet and no internet service provider should act as a gatekeeper to what is essentially, information.

That’s what a lot of this whole “net neutrality,” argument is about, protecting the rights of individuals (and businesses) to see and be seen online, without having to pay for the privilege. Recently you might have heard about the Slow-Down-Day participated in by many of the internet’s biggest communities. That was to protest a ruling in the US that allowed internet service providers to throttle those using extra bandwidth, like Netflix and to demand extra payment for the privilege of offering a decent service to customers. Bear in mind that’s something that Netflix and its contemporaries already pay for.

In a world where net neutrality is allowed to come to an end, you might have to pay to look at certain sections of the internet and the companies running those sites would need to pay to offer you fast access. Sites without the backing of corporate bank accounts could be unable to compete on an even footing, since it wouldn’t be able to afford the fees. 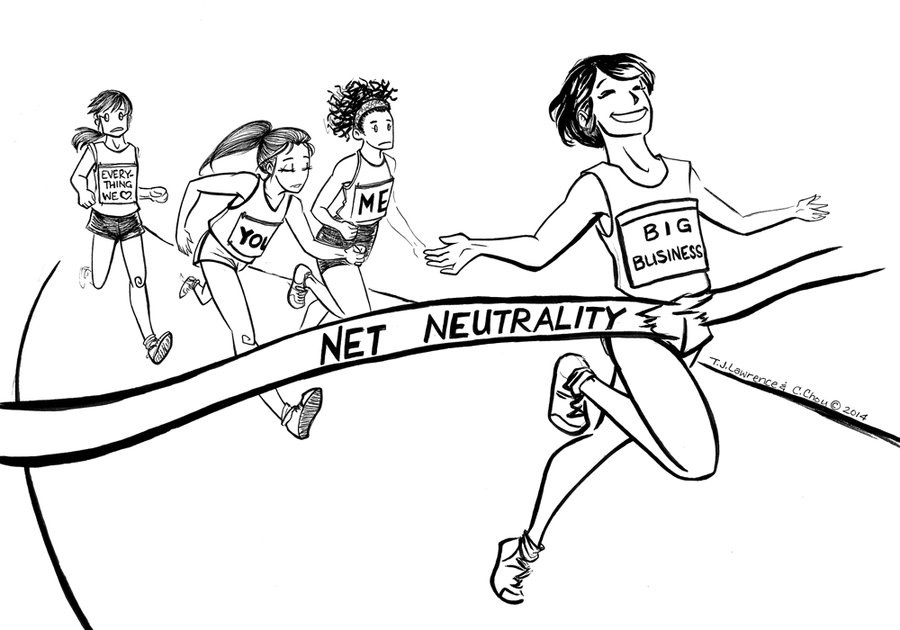 Let’s play Devil’s Advocate though. Surely there must be some benefits to not preserving the system we have now? Yes, there are some arguments against net neutrality, just don’t call me Shirley. As SingleHop explains, there are some who claim that ISPs should be able to have a say in what they do with their own systems and that the government has no business interfering. Others suggest that getting companies to pay extra for bandwidth heavy services, will mean they can afford to invest in infrastructure and speed up the most popular ones.

Chances are though, if certain services will speed up, others will slow down and it will begin with those not paying through the nose. Many see internet access as a human right and something that is truly worthy of protection by government in a similar manner to other freedoms like speech.

The reason net neutrality is such a hot topic right now though, is because the Federal Communications Commission in the US wants people to get in touch to let them know whether net neutrality is something people want protected, or not. You can let it know what you think of that here. Already well over a million people have gotten in touch, making this issue the FCC’s most talked about ever, even beating out that time that that singer showed a nipple on live TV.

At the moment it’s hard to know what the state of the internet will be in a year or so from now. If the FCC decides to go against the (vast) majority of people getting in touch with it over net neutrality concerns, then the US based web will become very different. Here in the UK things will remain mostly as they are, as the EU has given us some measure of cover in that respect, but with the seemingly growing sentiment that we should leave the union, it may not be long before we too are faced with the problem of whether we’re willing to fight to keep our internet open or not.

KitGuru Says: Right, now that we’ve sorted that out, it’s time to get governments to stop spying on us. No problem.

Previous Spinosaurus walked on all fours, hunted on land and in water
Next GTA V delayed for PC, hitting consoles in November