If you’ve been waiting for a version of GTA V that wasn’t running on near-decade old hardware, then you’re in luck, as before long the anarchy simulator is set to be released on the Xbox One and PS4, but the hotly anticipated PC version has unfortunately suffered delays and now won’t be coming until next year.

The release dates, as announced by Rockstar today, pin the Xbox One and PS4 version of the game as hitting shelves and hard drives on the 18th November. The PC version however won’t be reaching us until the 27th January 2015.

To keep the tone of the announcement light, despite the push back for the PC iteration of the game, Rockstar also announced all the new stuff that we’ll be getting with all of the new-gen versions:

On top of that, Rockstar is joining the contemporary video game giants of the world by offering a pre-order incentive in the form of digital cash. Pre-order the game on any platform now, and you’ll receive a million dollars of GTA V money, half of which can be spent offline and the other half online.

Online mode itself is getting a bit of an overhaul, with Rockstar stating that the Xbox One and PS4 versions will have a maximum of 30 people on each server. No mention of the PC version’s abilities online, so potentially it could be more. It should be really, considering Just Cause 2 multiplayer showed us we could have hundreds of players interacting online at once. 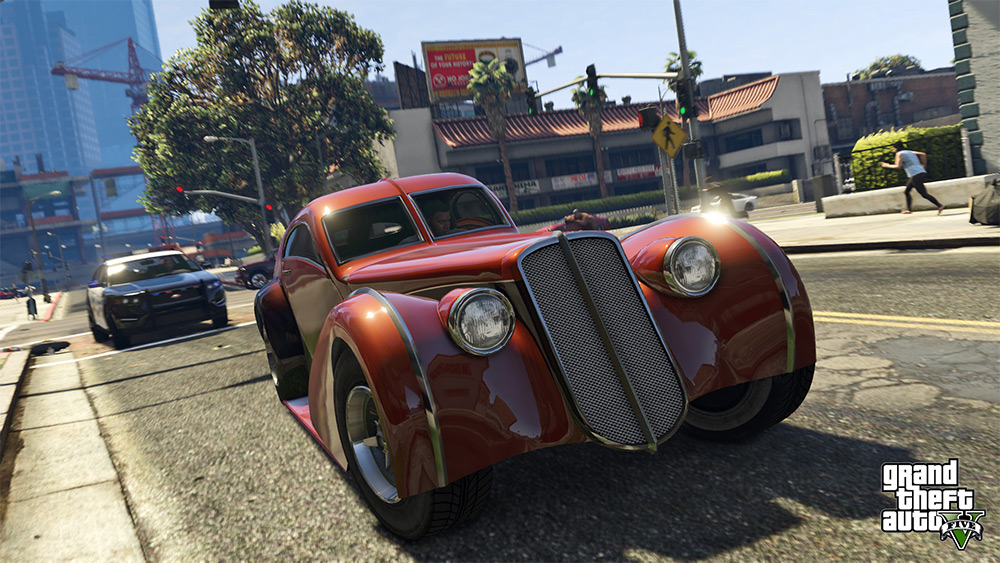 I’ll give it to Rockstar though, the new-gen version is pretty

Players who have previously played on the Xbox 360 or PS3 versions will be able to transfer their characters to the new platforms, as well as gain access to exclusive content for their loyalty.

KitGuru Says: As much of a pain as the wait for the PC version is, you have to feel bad for people playing it on the last-gen systems. Their online mode STILL doesn’t have heist missions.

Previous What is the net neutrality argument all about?
Next Hybrid liquid-cooling system for alleged AMD Radeon R9 390X pictured