If you’re in the market for a new laptop, maybe you can save yourself a few hundred quid as Dino PC is offering one up for its latest Facebook competition. All you need to do is like its Facebook fan page and share the competition post and you’re in with a chance.

The laptop in question is one of Dino PC’s customisable Pixie range, though this one is obviously pre-packaged. It comes with an Intel 3550M processor, 4GB of DDR3 running at 1600MHz, a 500GB SATA III HDD, 14″ HD Matt LED screen, a build in DVD drive and webcam and it has a battery life up to seven hours. All in a package that’s less than 3cm thick and weighs in at just 2.15 KG. 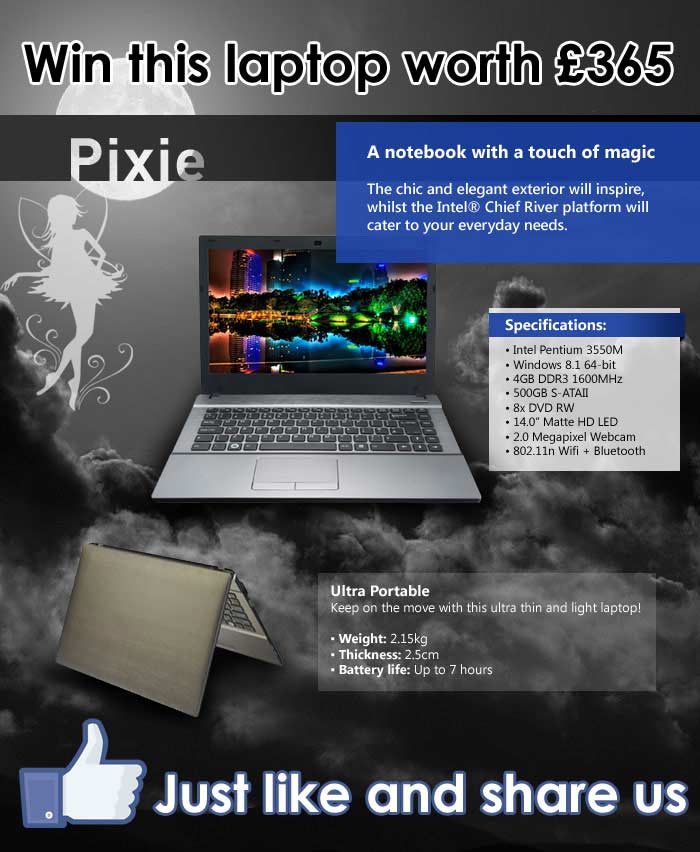 For more information, check out the DinoPC Facebook post here. Make sure to let them know KitGuru sent you.

KitGuru Says: Get in there now guys. There’s only a handful of people entered so far, so you stand a good chance of winning.