Phony DMCA takedowns have been a staple of anti-piracy lobby groups for years, the debate often being not whether they did it, but whether it was their fault or the over-zealous reporting of their automated takedown tools. Even in the case of clear unjust use of the law however, it’s rare that you see those affected going after the abuser, but in this instance it did. WordPress, the platform provider that backs up most online content platforms, took homophobic lobby group, Straight Pride UK to court and won.

This case has been going on for over a year and a half, with the original DMCA takedown notice sent to journalist Oliver Hotham after he published an interview with Straight Pride UK’s press officer, Nick Steiner, which contained some pretty inflammatory remarks about gay people. He also stated clear support for efforts made in countries like Russia, to restrict the rights of those that identify as LGBT. 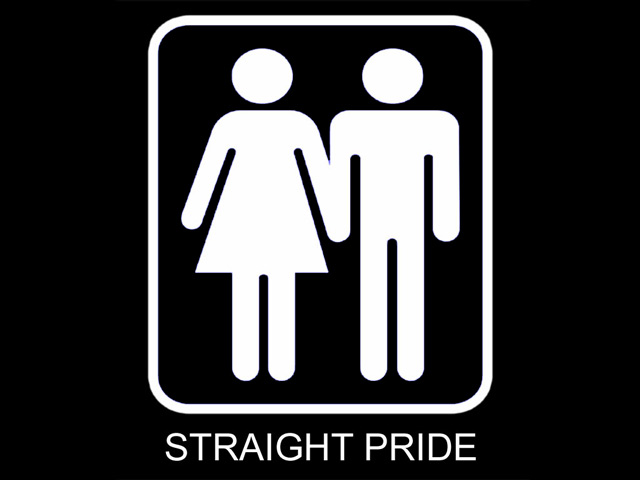 Who doesn’t love the use of toilet-door characters to inform our moral stances?

According to Straight Pride UK, the interview was never supposed to be published and in-fact, wasn’t a real press release. Although the original correspondance was sent out with “Press Release,” as its title, the press officer purportedly just named it that to sound more official.

“Straight Pride UK thought as he was a student that we would add fun to it, dress it up and make him feel like a reporter by adding ‘press release’ to the document,” said the head of the Russian Arm of Straight Pride, Straight Forward (via Guardian).

Although initially targeting Hotham however, when the journalist refused to remove the interview, his WordPress hosts were also targeted. Despite the lack of copyright infringement taking place, WP acted within the law and removed the interview, but promised to fight the decision in court, describing that particular use of the law as censorship.

Since November 2013, WordPress’ parent company Automattic has been facing off against Straight Price UK in the courtroom and now it’s officially come away victorious. While no fines can be levied against Straight Pride for its misuse of the DMCA law, it has been forced to pay legal fees for Automattic, to the tune of $22,264 (£15,000) and another $1,860 for time spent working on the case. While certainly a victory however, that money may never arrive as StraightPrideUK has been all but disbanded for well over a year, with most of its media accounts and URLs now dedicated to pro-tolerance for all sexualities and genders.

Still, it’s hoped that this ruling will see companies less likely to abuse DMCA takedown law and a precedent that copyright trolls will lose if they are taken to court.

KitGuru Says: Always nice to see copyright trolls hit where it hurts. I wonder if anyone in particular will be responsible for paying back Automattic if Straight Pride no longer exists?