YouTube has been rumoured to have been working on a music streaming subscription service for some time now, with hints earlier this year that it would be called ‘Music Key.' It turns out that all of that is true, as owner Google has now unveiled the platform, announcing it as having a £9.99 fee per month, to allow people to watch and listen to music without adverts.

However the service goes beyond that, allowing for the first time the downloading of Youtube tracks, something that the site has been keen to stop from taking place through third parties in the past – though this function will be limited to smartphones and tablets. It also gives you full access to Google Play ‘All Access', which offers even more music and radio stations and even lets you import your iTunes library to consolidate your music collection. 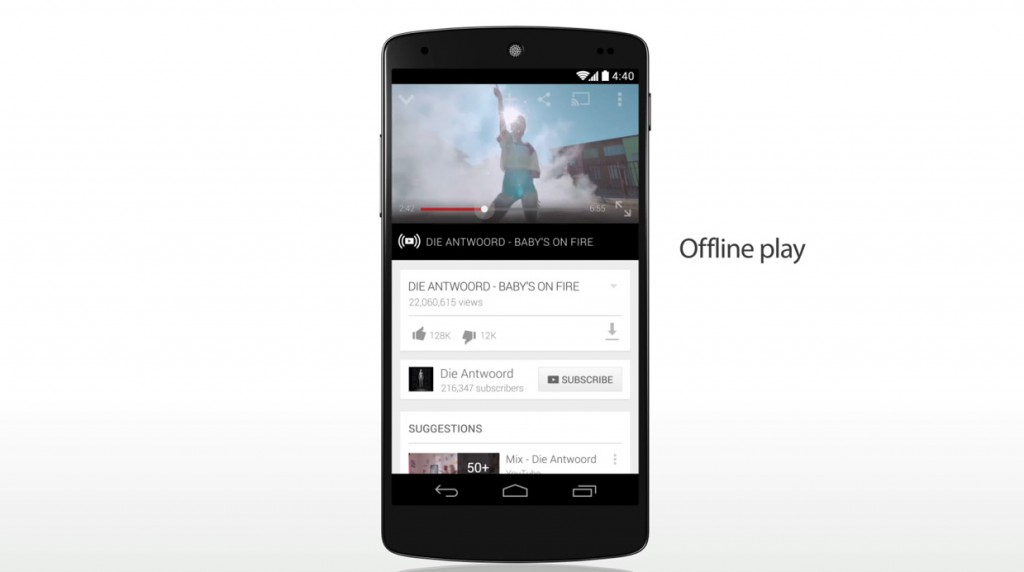 Offline play is a big advertised feature, despite Google's repeated crack downs on ripping in the past

While Music Key was delayed due to contract disputes between Google and smaller music labels, it is now said to have ironed those problems out. The final launch of Music Key means the streaming scene just got that little bit more competitive. It's no doubt a service that the likes of Rdio and Spotify will be keeping a close eye on.

A large part of Music Key is being geared towards mobile users, letting them play music in the background while they use other applications, as well as offering unique tracks like remixes and unreleased singles from some artists.

The question at this stage though, is how much of the non-paying music streamers out there will be converted, and perhaps more importantly, how many of the already paying subscribers (for services like Spotify and similar) will make the jump too Youtube's new platform. That latter number could really give us an indication of how the streaming scene will look a year from now.

However all of this is just a beta at the moment. Youtube's new platform test will be made available to a number of countries, including UK, US, Italy, Spain, Portugal, Finland and Ireland and will give it a discounted rate during this trial period.

KitGuru Says: Who's excited for this AND willing to spend £10 a month for it?