It took a fair few years and upwards of $7000 but we finally have a massive replica of the Pillar of Autumn, one of the huge spaceships from the Halo games. Over all, the Lego replica weighs 100kg and measures in at 2.15 meters long.

The Pillar of Autumn is one of the more iconic ships from the Halo series. The replica was built by Lee Jones, who has also made replicas of the Balrog from Lord of the Ring as well as Neo's final battle with Agent Smith from the Matrix trilogy. 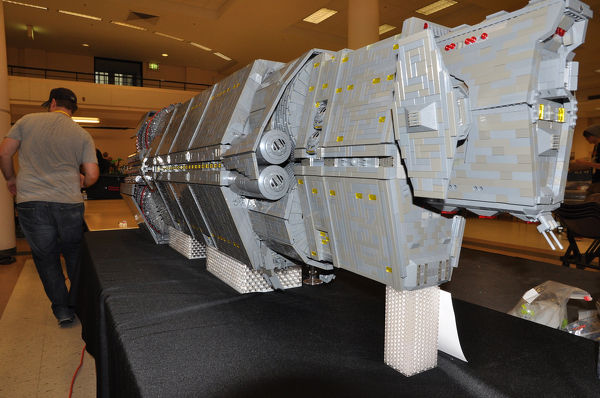 Unfortunately, the  spaceship won't last long as it suffered some damage on the way home from a showing in Seattle and will be completely torn apart. However, apparently “a new ship will rise in its place, but from a different universe”.

You can see more images at MOCpages, HERE.

KitGuru Says: Not everyone is in to Lego replicas but I think they are pretty cool. This one in particular must have taken an awful lot of work.

Previous Intel: Half of Xeon chips for cloud datacenters will be custom in 2015
Next Apple pushes first ever automated security update to Mac users