It looks like Qualcomm and Microsoft are teaming up this year to bring huge performance gains to the Microsoft Azure Cloud platform. This newly announced partnership will see the Azure Cloud boosted by Qualcomm's Centriq 2400 platform, which is now powered by 10 nanometer processors, though this particular collaboration should end up spanning multiple hardware and software generations.

The idea here is to enable a variety of cloud workloads to run on the Microsoft Azure Cloud platform thanks to the additional grunt provided by Qualcomm's Centriq 2400 Open Compute Motherboard server, which will soon be upgraded to a 10 nanometer specification to line up with Microsoft's Project Olympus. Qualcomm's Data Centre division has also demonstrated Windows Server running on its ARM-powered data centres for the first time. 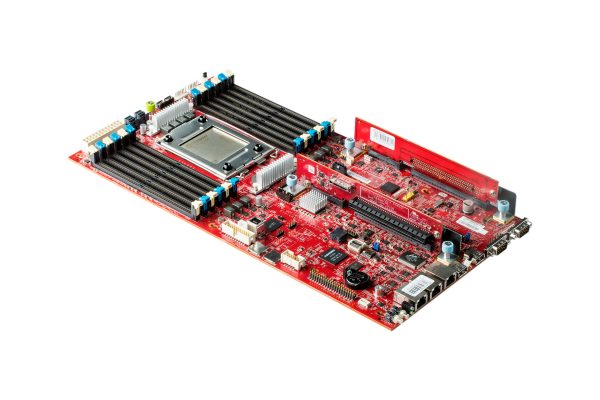 This new ARM version of Windows Server has been in the works between Qualcomm and Microsoft for a few years now and will soon be optimised for use on Microsoft's own internal servers as well as Qualcomm's Centriq 2400 platform. According to Microsoft engineer Dr. Leendert van Doorn has said that this joint work on Windows Server “is an important step toward enabling our cloud services to run on QDT-based server platforms”.

KitGuru Says: Microsoft has been stepping up its efforts as far as Windows and ARM are concerned, so a push towards ARM-based datacenters was bound to come around at some point. However, only time will tell if this boosts the capabilities of Microsoft's Azure Cloud platform.

Previous PS4 Pro’s ‘boost mode’ is now rolling out, will improve performance for older PS4 games
Next Valve plans to refocus its efforts on software, next wave of games inbound