Valve plans to refocus its efforts on software, next wave of games inbound

Now that virtual reality is out there and in consumer hands, more companies are choosing to invest in it. In fact at GDC right now, LG is showing off its very own SteamVR-supported competitor to the HTC Vive. So with all of this new hardware coming in, Valve plans to take a step back on the hardware side of things and get back to focussing on making great software. In fact, according to Doug Lombardi, we are on the cusp of Valve's next flurry of game releases.

While we don't know everything surrounding Valve's original deal with HTC for the Vive, we do know that Valve had some hand in developing part of the hardware, including the Vive's tracking base stations. The headset also uses Steam tracking on the software side of things. It turns out, SteamVR and Steam Tracking are free for all hardware makers to license, even if you are planning to make a competing VR headset like LG is doing. 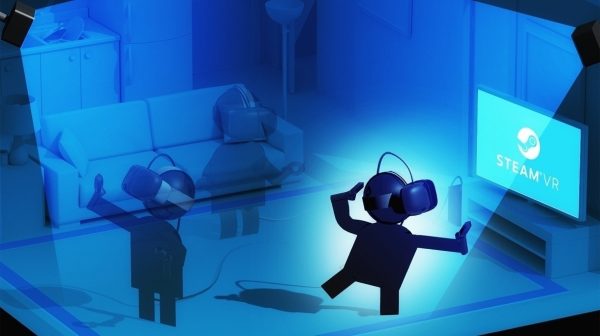 Speaking with Eurogamer, Valve's Doug Lombardi explained that while there are over 500 Steam Tracking licensees developing peripherals using the tech, some were unsure about whether or not they could use this technology in their own headsets: “They're always saying, ‘when's the other shoe going to drop?' Like, ‘there's got to be a gotcha somewhere in here', but there's just not”.

Up to this point, Valve has been fairly involved with VR on the hardware side but Lombardi has said that “at its core [Valve] is still a development studio” and has only dabbled in hardware as a means of prodding technology forward.

“For now Valve's place is very much in working on software, working on Steam and starting to look at ways we can work in the design area to prototype different pieces of hardware that may push things forward. For us right now that's working. We do sort of have this idea that staying agile, staying nimble, staying at a certain company number has benefited and worked well for us in that culture.”

Lombardi ended his talk by explaining that Valve often works in waves, spending several years on developing new technology and then releasing a wave of games that support that. Right now, we are right on the end of that R&D cycle and heading straight into new games territory:

“If you look at the cyclical nature of that, it's like a flurry happens, a bunch of R&D happens. And one could argue that a bunch of R&D has been happening and there may be another flurry coming. It's not unlike Valve to go away for awhile and come back with a bunch of stuff and I think Gabe was pretty clear that that's sort of the mode we're ready to come out of.”

KitGuru Says: Many will be glad to hear that Valve's recent R&D phase is almost over. Many of us have been waiting for new game launches since Portal 2, so it will be great to see what Valve has been working on behind the scenes. Perhaps we will even get a sneak peek later this year, after all, with all the recent interviews, it does seem like Valve is gearing up for something big.

Previous Qualcomm and Microsoft team up, demonstrate Windows Server running on ARM
Next Apple, Samsung and Microsoft speak out on Vault 7 CIA leaks