D-Wave, a name that will be unfamiliar to some, has announced the first sale of their next-generation 5000-qubit quantum annealing computer to the Los Alamos National Laboratory (LANL). The quantum computer has also been given an official market name “Advantage”.

Last week we reported on the news that IBM was launching its first 53-qubit quantum computer, Google later claimed in a publication that it had achieved quantum supremacy. Its own 53-qubit system completed a calculation which is thought to be impossible by any traditional transistor-based system, which is an important milestone in quantum computing development.

While the two technologies share the quantum computing name, the D-Wave systems use a process called quantum annealing which differs from IBM and Google’s quantum system which use quantum-mechanical phenomena to shape information.

How D-Wave describes quantum annealing is by comparing it to how nature's physical systems tend to evolve towards their lowest energy state, such as objects sliding down hills, hot things cool over time and so on. This behaviour is also true in quantum physics, quantum annealing uses quantum physics to find low energy states of a problem and implements this in its systems to solve calculations. 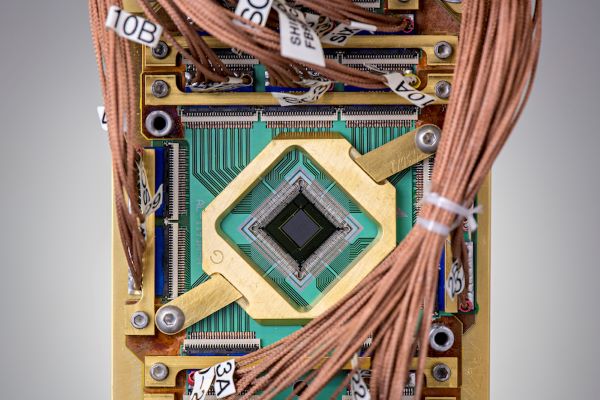 Unlike IBM and Google's quantum computers, which are designed to tackle any kind of problem, D-Wave systems are designed to solve optimisation problems such as logistics, where many potential solutions exist, however it is also thought the D-Wave quantum annealing system could be used to crack many forms of encryption, among other things.

The first customer of the D-Wave system, the Los Alamos National Laboratory, thinks the system can work for its own specific needs. The Laboratory is said to have developed over 60 applications for D-Waves previous 2000-qubit quantum annealing system and the new more powerful “Advantage” system will help them progress even more.

The new fifth-generation 5000-qubit system from D-Wave offers more performance over previous generations with 5000-qubits power at its disposal, which is also said to operate quieter. The qubits themselves have been interconnected in a smarter way in this system, resulting in higher performance.

KitGuru says: Quantum computing can sound truly mind-blowing to most people, myself included. However, it could be an invention which shapes our future in many ways.