Biggest telescope ever gets the go ahead for construction

The wonder of telescopes, is that they let us look into the present, past and our potential future all in a single piece of hardware. They can be used to view objects that aren’t far beyond our own atmosphere, peer back into the multi-billion year history of our universe by looking at the edge of perceivable space itself and even look for planets which we may one day colonise. That latter part is what has captured the imaginations of 11 different international organisations, which have all pledged up to a billion dollars to construct the world’s largest ever telescope. 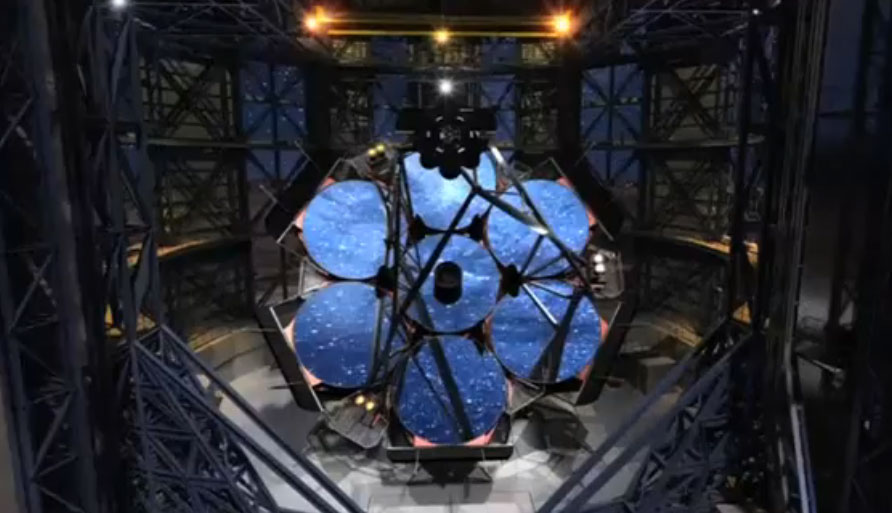 Set to be constructed atop a mountain in northern Chile, the Giant Magellan Telescope, or GMT, will be able to pull in up to six times more light than any other optical telescope ever made, giving it the ability to produce images up to 10 times sharper than that of the lauded Hubble telescope.

This is thanks to its monstrous size. Each of the mirrors within its giant dome structure will measure 25 metres across, which is perhaps why the construction bill is so high. It’s going to take some time too, with early estimates suggesting that it will first begin looking at the cosmos through widened eyes in six years, though it won’t be able to utilise its powers fully until 2024.

The main mission for the telescope and its researchers will be to find new Earth-like planets which could one day be ripe for human colonisation and to illuminate some of the fainter objects in our nearer systems.

KitGuru Says: Quite an impressive piece of kit. It’s a bummer it takes so long to build these sorts of instruments though.