Blue Origin can land safely with a failed parachute

Travelling into space, even for a few minutes, is incredibly dangerous. There is the lack of oxygen to consider, radiation from the sun and if you're returning to Earth, extreme speed and heat too. Fortunately then if you took Jeff Bezos' Blue Origin craft beyond our atmosphere, you'd be safe to come back down even if one of the parachutes failed.

Because of how perilous it can be to send anything, let alone human life into the inky nothingness of space, one aspect of critical space-craft systems, especially safety, is that you need a lot of redundancy. Many important aspects of space craft have two or even three of the same device, on the off-chance that they should fail. 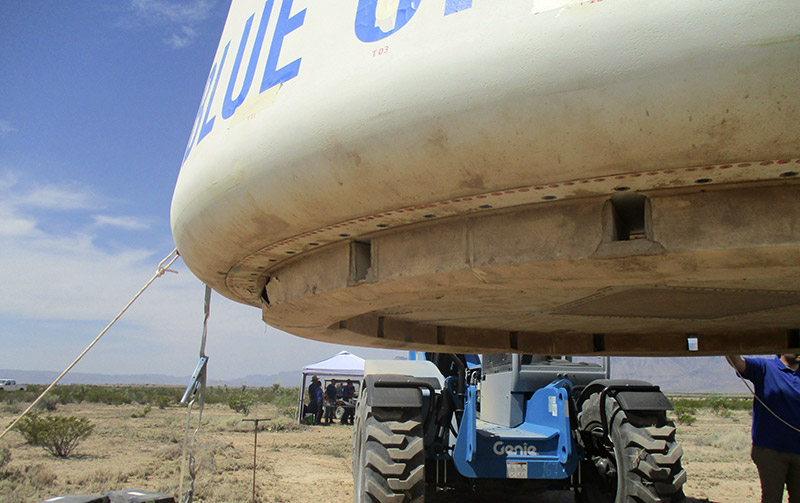 That's what this Blue Origin Crew Capsule run was designed to test. On its latest launch and return to Earth, one of the three parachutes used during descent was not fired, leaving the craft with much less drag than usual and therefore instead of the 16 miles per hour it normally approaches the ground at, it did so at 23 miles per hour.

Neither of those speeds would be comfortable to hit the ground at, which is why Blue Origin Crew Capsule is also fitted with a retrorocket which fires just a few feet above the ground. That was able to bleed off most of the speed before the capsule came down to rest. 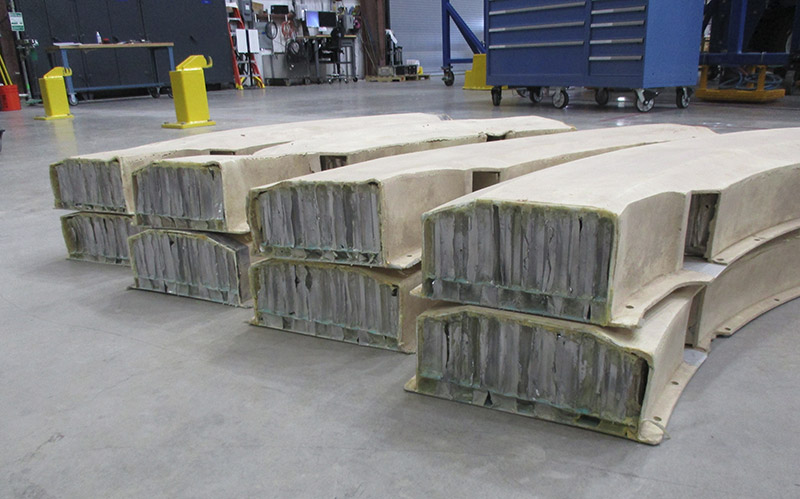 We're told that these could crush a further four inches at least if needed. Source: BlueOrigin

Any residual speed was reduced by the capsule's honeycomb landing ring, which acts like a car's crumple zone. However despite the increased velocity of the touchdown, the crush ring only compressed around half an inch. According to Bezos, that ring can crush down a further four inches, so in theory it should be possible to have the crew capsule touch down safely even if two parachutes fail.

We did reach out to Bezos to ask if it would be possible for the capsule and its occupants to survive a descent without any parachutes and we'll update this piece as and when they get back to us.

KitGuru Says: There are shock absorbers under every seat inside the capsule too, so Blue Origins is a pretty safe and cushioned way to come back to Earth.