Next year will see a team of British engineers attempt to break the land speed record with the Bloodhound Super Conic car, a jet-engine and rocket propelled vehicle that's been in development for more than half a decade. It's projected to reach speeds higher than 1,000 miles per hour when it's finally let loose on the 12 mile long cleared area of the Hakskeen Pan in South Africa. With that day fast approaching, it's all hands on deck for the construction and implementation of the vehicles 3,000 + components. 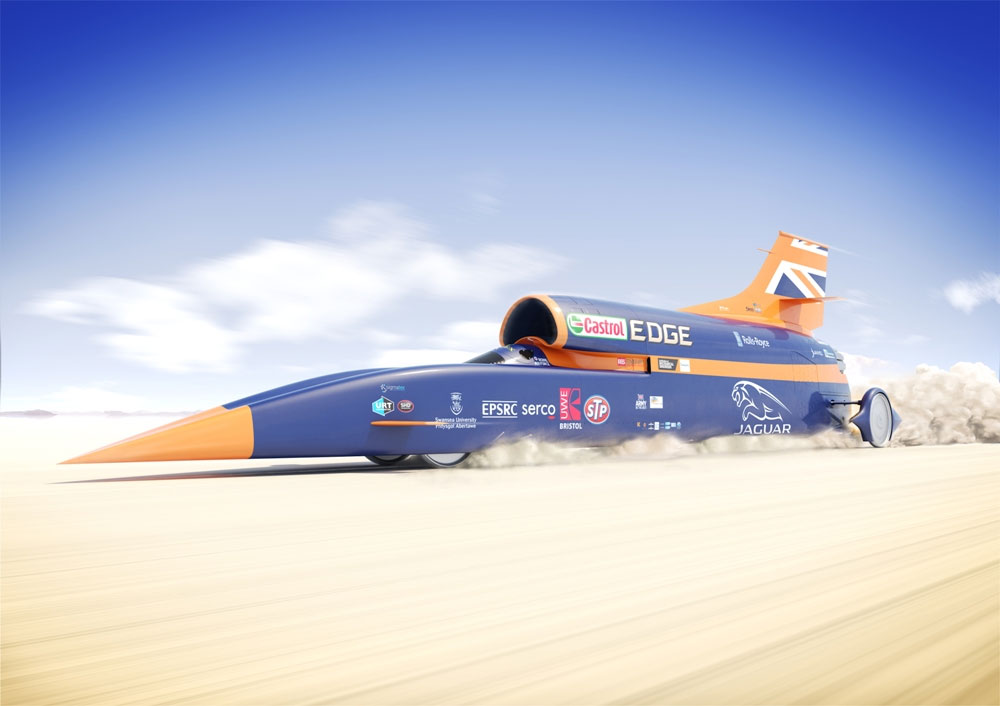 To put this into perspective, the Bloodhound SSC will go from a standing start to the end of the 12 mile course in just shy of two minutes. It's expected to smash the previous land-speed record set in 1997 – by the same driver, Andrew Green – by over 250 miles per hour.

This monumental speed is achieved through the use of two propellant systems. Initially, a Rolls Royce EJ200 jet engine – borrowed from a Eurofighter Typhoon – will be used to get the vehicle up to around 300 miles per hour. Once there, it's down to pure rocket power, a trio of which it's hoped will push Bloodhound SSC through the sound barrier and into the record books.

As the Reuters video above points out however, those sorts of speeds turn dust, stones and other debris into deadly missiles, so a ridiculously strong, fibreglass body has been carefully created to protect the driver and the machine's vital components from the elements.

For those eagerly awaiting next year's record breaking launch, Bloodhound will be put through its paces later this year, with an intended 800 miles per hour run. Not only will that test the abilities of driver Andy Green, but also the vehicle itself, to make sure it holds up at land-speeds higher than the speed of sound.

KitGuru Says: It's difficult to imagine many practical applications for this sort of vehicle, but that doesn't make it any less awesome.