The last few days have been an exciting time for those that follow the efforts of organisations like NASA and the European Space Agency (ESA), as the 10 year, four billion mile journey of the Rosetta probe came to an end as it reached Comet 67P and dropped off its Philae lander. It's been a whirlwind of emotion for the team behind it, as they enter the final stages of a 25 year mission; a collaborative one that has seen countries working together to achieve a monumental goal, just 60 years after many of them took part in the most terrible war the world has ever seen.

And yet in the face of all this grandeur, all this beauty and cooperation, there are those who believe another story is more important: the shirt of one of the ESA scientists.

During several interviews over the past few days,  Rosetta project scientist Matt Taylor was spotted wearing a shirt that depicted several scantily clad women. According to a lot of sites, and journalists, this is what we should be talking about instead of the crowning achievement of Rosetta, Philae and the people behind them 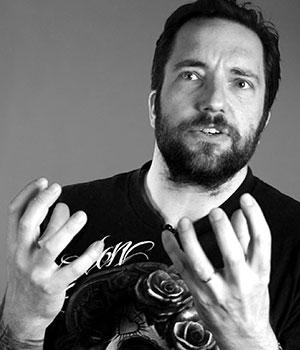 The claims from a number of individual twitter commenters and several writers, have been that it doesn't matter what's going on hundreds of millions of miles away, because right now a person associated with the project is wearing something some people disagree with. A lot of the articles take that ball and run so far with it, it's not even clear what game they're playing any more. One suggests that this is the reason there aren't as many female scientists, while others claim Mr Taylor is quite obviously a misogynist, based on little else but his choice of clothing and the fact that he called Rosetta “sexy.”

While you can debate his wardrobe all you like and go to his family to ask why he would wear such a thing, this entire kerfuffle is a perfect example of why we go to space in the first place. Misogyny is a real problem for many people and it shouldn't be ignored, but just as with all the other myriads of real world problems, they've been ongoing for a long time and are not going to be fixed over night.

And yet in the face of these issues, of racism and poverty, misunderstood and underfunded mental health problems, hacking and death threats and global warming and prison camps and dictators… we managed to send a robotic probe to an interstellar body hundreds of millions of miles away, slingshotting it around planets and turning it off for years at a time while on the way. It's the equivalent of hitting the bullseye on your pub's dartboard from the moon with your hands behind your back, while people scream at your for wearing a dumb shirt.

It's an amazing achievement and whether one man's wardrobe choice is sexist or thoughtless, shouldn't detract from the fact that this mission was only possible because thousands of people, men and women (like Kathrin Altwegg, who literally wrote the book on comets), were able to work together to achieve it.

KitGuru Says: That should be the story that's being reported. The human race is an amazing species capable of doing astounding things, but it seems sometimes we get so wrapped up in pointing out the negatives in the world (real or imagined) that we forget how much the positives outweigh them.