One of the more eye catching stories in the world of science in the past week involved one researcher’s suggestion that the dimming of a distant star known as KIC 8462852 in a strange pattern, could suggest giant “alien megastructures,” were orbiting it. The scientific study that prompted this idea didn’t mention aliens anywhere, but did discount a lot of more typical ideas.

Addressing the shoulder shrugging by the scientific community, veteran of the Kerbal Space Program, Scott Manley, took to Youtube to discuss the actual potential for alien life or evidence of its passing at the far-flung star. 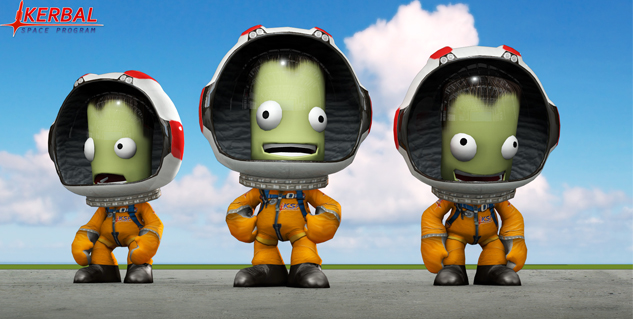 With time warp, these intrepid explorers might make it within a few years…

The reason, Manley points out, the idea of aliens being involved in such a dimming of the star is even being considered at all, is because many of the more traditional ways in which a star could be dimmed have been disproved as more evidence has been discovered. Whatever the object is that’s blocking some of the star’s light during certain time periods, it’s enormous, as it reduces the star’s brightness by a full 22 per cent.

Although he said there is some potential for a number of clustered comets to have such an effect, that seems almost as unlikely as an alien construction doing the same, so what could it be?

One suggestion he puts forward is the idea of a partial Dyson Sphere, which would envelope the star in order to harness a large portion of its energy for powering advanced alien technology. More likely however and indeed, in many ways just as exciting, Manley believes that since a dimming of this scale and type is hitherto not been observed, the solution to what is causing it will likely lead to new scientific discoveries.

Nevertheless, SETI has now turned the Allen Telescope Array towards KIC 8462852 in order to see if it can pick up any transmissions from the distant system. Of course anything that does arrive will have taken almost 1,500 years to get here, so we wouldn’t expect any relevant communication, neither would a return message be possible in any reasonable capacity.

KitGuru Says: One of the best things about science, is that proving something isn’t true is almost exciting as proving something is true. Finding no evidence of aliens just suggests that some weirder natural phenomenon is ocurring at the star, in which case, finding out what that is will prove very intriguing.