NASA releases new dark side of the moon image

The Deep Space Climate Observatory (DSCO) was launched earlier this year atop a Space X Falcon 9 rocket and it currently sits within a Lissajous orbit 930,000 miles from Earth. It’s been sending back data on the ozone, vegetation, cloud height and aerosols in the atmosphere since and it’s all been very useful. But perhaps its most intriguing bit of data yet – at least for us laymen – is a beautiful image of the dark side of the moon as it crossed across the Earth.

Since our Moon is tidally locked, the face you see in the sky at night is always the same. That doesn’t mean there isn’t another side to it though, which is what the DSCO recently managed to take a picture of with its “EPIC” – Earth Polychromatic Imaging Camera – system. The EPIC keeps a constant view of the earth as it rotates, but the moon crossing it’s path like this only happens twice a year, so capturing it like this is quite an event.

It also shows how relatively easy such a viewing is these days however. As NASA’s blog points out, the far side of the moon was a total mystery to everyone until the 1959 Soviet Luna 3 sent back the first images. 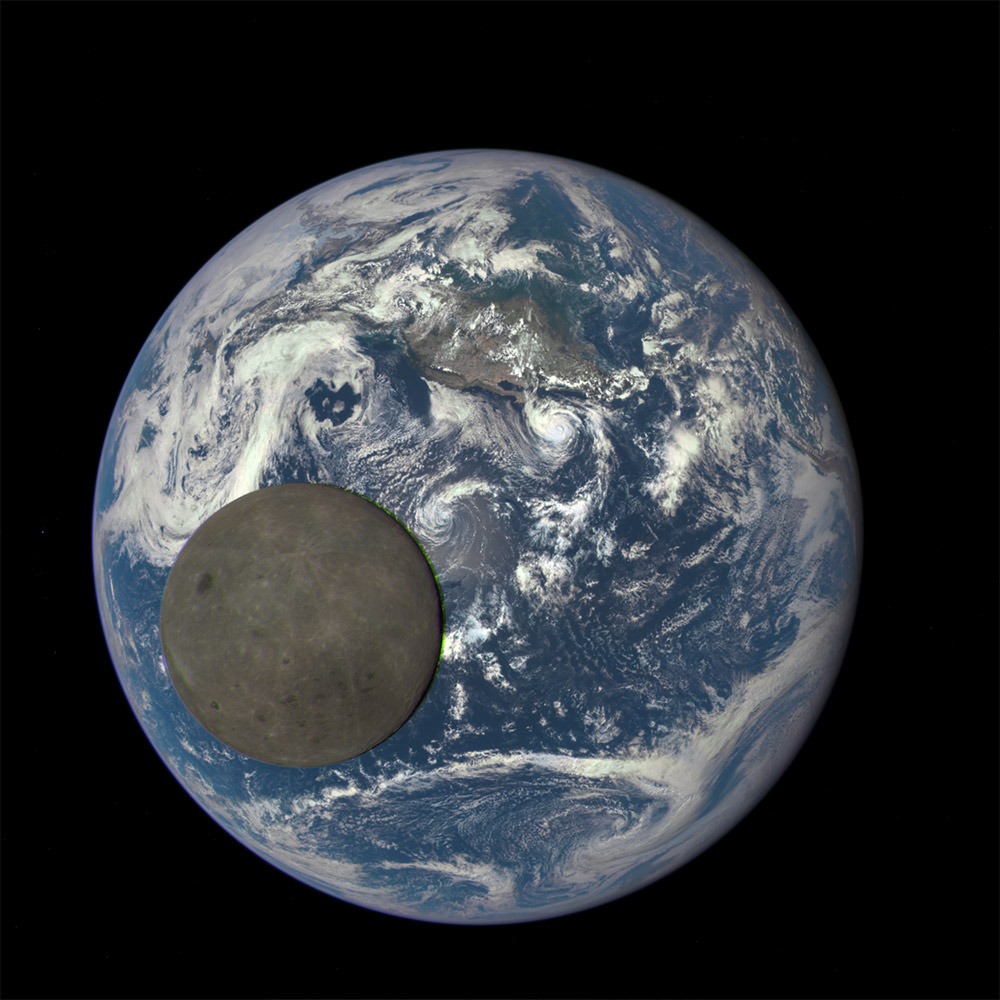 Ever striving for perfection, NASA does point out that there is a small green artifact on the right hand side of the moon. This is due to the moon moving between images taken, all of which are actually in black and white, with filters used to add colour. Traditionally 10 images including ultraviolet and near-infrated are combined, but creating the colour for an image like this is as simple as combining a red one, a blue one and a green one.

Although new images of our blue marble are often hailed with big news, the EPIC camera system will begin delivering almost daily image updates next month.

KitGuru Says: When we can send satellites out to these sorts of complicated orbits, land remote rovers on comets and other planets, it boggles the mind that people still don’t think we’ve done something as comparably simple as land people on the moon.