As much as the internet can be a place where negativity goes to fester, game makers all over the world know that keeping in touch with your fan base through it is an important way to help maintain a game’s popularity. And it’s that line of communication between the players and Riot, which the League of Legends developer is looking to improve. To that end, it’s launched a new regular blog, called “Riot Pls,” to let everyone know what it’s doing.

By regular, Riot means quarterly, so it isn’t coming every week. It’s not designed as a breakdown of new content that’s coming in the future. It will instead open up the offices at Riot to show what’s having effort put into, so that if it ever seems like nothing much is happening, it’s clear that that’s not the case.

“We’re deep, deep in the weeds with all of our developers (engineers, designers, artists, etc) cleaning up the ‘tech debt’,” said Riot in this first post. It’s referencing the fact that the game was originally designed to facilitate 20,000 or so people and today it manages over 67 million regular players. That’s proved and is proving to be quite a challenge for the developer, but it’s something that it’s working on. 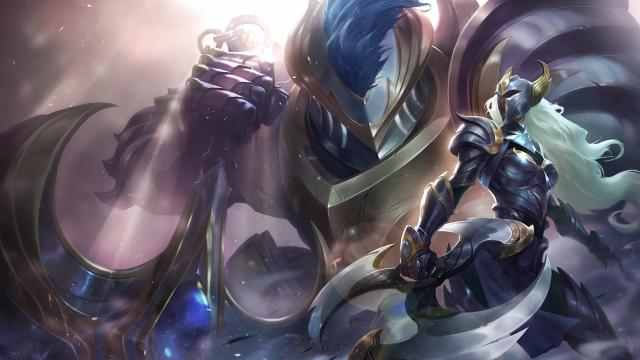 With that in mind, one of the big things it’s currently developing is a new client. Although Riot’s been working on it for over a year already, it doesn’t expect it to be ready until the launch of the 2016 season.

“After this, once it’s ready to launch, you can expect more reliability, more responsiveness, and less buggy experiences. Ultimately, we want you to fight the player, not the game, so the updated client is oriented around getting you and your friends into League with minimal friction,” Riot said.

Other efforts from Riot’s various teams at the moment include new seasonal changes at the start of seasons, as well as new events, better story telling and overall a higher quality bar for updates.

“We’re still trying to push the envelope with each new champion we release and not only are we improving with each skin we put out but we’re exploring other ways for you to customize your League experience in Season 2016,” it said.

The bottom line though with this update, is that Riot doesn’t want anything to be a surprise for players any more. If they read the blogs, they’ll always know what Rios is working on.

KitGuru Says: Do you think this is a good move by Riot? Making itself more open so that people at least know what it’s working on might open it up to more criticism, but at least it’ll show it’s listening and working on popular complaints.