The Mars Curiosity rover is a not-so-little badass, having taken astounding pictures of the surface of the red planet, zapped rocks with lasers to find out their chemical components and given us hope that we might one day find life on the seemingly dead world. It’s older cousin, Opportunity, is no slouch either, having recently broken the distance record for off-world rovers. However the next rover in line to take to the stars and head in Mars’ direction, is going to bring with it some serious scientific equipment, enough to even test basic terraforming.

As it stands, the rover is set to launch from Earth’s atmosphere sometime in 2020, hence it’s current name: Mars 2020. It’ll also be using the same body as the Curiosity rover, as NASA has a spare lying around so why not make use of it, but the equipment it will carry will be much more advanced.

For example, its camera system is going to have a zoom function, something that’s not possible with Curiosity. Beyond that though, the new Mastcam-Z system, will allow for multi-wavelength images to be taken, looking at ultraviolet and infrared spectrums, which could provide us with whole new sets of data. 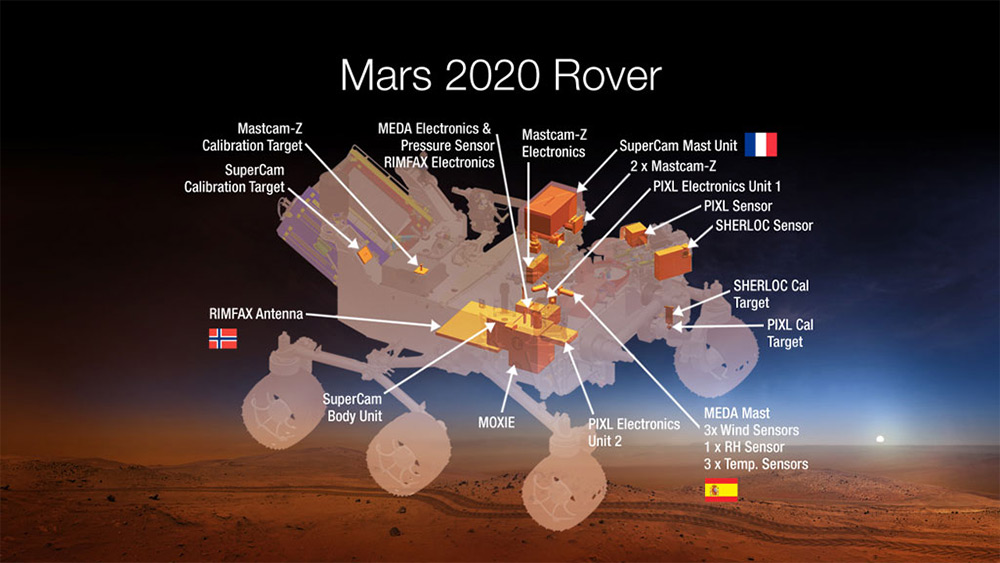 This extra analysis will also come in handy when it comes to the onboard laser. Curiosity has one of those already and has been shooting rocks with it to see what comes out, vaporising them and then analysing the resulting gasses. On the 2020 rover however, NASA will be able to turn those cameras on to the vapours, analysing them in multiple wavelengths.

Other features which Wired has highlighted, include a weather analyser which will consider things like barometric pressure, temperature humidity and wind speed, letting us give a more accurate weather forecast for Mars’ burgeoning tourist industry. There’s also going to be a new radar system that can scan up to a third of a mile into the ground beneath the rover, giving us a detailed map of the earth’s composition.

However the most forward-thinking technology aboard the 2020, is its oxygen generator. The Oxygen ISRU Experiment is a piece of equipment that can take carbon dioxide from the atmosphere and convert it into oxygen. While 2020 isn’t going to terraform the entire planet for us, advanced versions of it could one day produce liquid oxygen for fuel, or breathable air for astronauts living and working on the surface.

KitGuru Says: For those of you waiting for a KSP reference, you’re not getting one…