It's been nine and a half long years since the original launch of the New Horizons, nearly fifteen years since its conception and almost 100 years since we originally discovered its target (dwarf) planet, Pluto. But finally, after so long in the murky depths of our imaginations, we're finally getting a close up view of what the far flung world looks like and it turns out that it has ice mountains.

While the images from New Horizon's recent flyby of Pluto will take as long as 16 months to send us back all of the data and images collected, we had the first one through in the early hours of this morning. It represents a small segment of Pluto's surface, but clearly shows mountainous areas which we believe are made of ice.

The fact that they cast such long shadows suggest that some are as high as 11,000 feet, just over a third of the height of mount Everest. 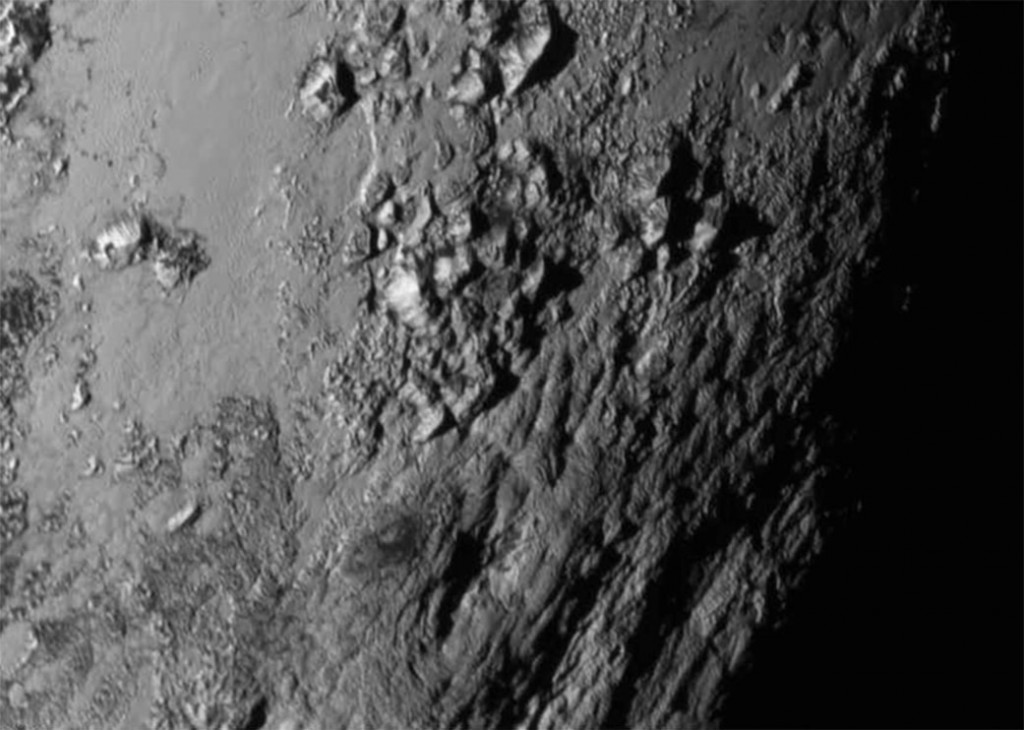 More inticing though are the flat plane areas. The fact that they aren't dotted with craters like would be expected, suggests that those areas are young in the cosmic sense, possible less than 100 million years old, which could suggest some form of tectonic activity. If true, scientists would love to figure out how, since it was believed that Pluto would require the nearby influence of a much larger planet to stimulate its core with such energy.

What's really exciting however, is that as detailed as this image is, it was taken when New Horizons was a full 47,800 miles from the dwarf planet's surface. It eventually approached as close as 7,800 miles, so those images should be spectacular.

KitGuru Says: It's great to see such successes as this, especially considering some of the failings of launching into LEO that we've seen over the past 10 months or so.