Despite having a hiccup when it temporarily switched to its backup computer just before the weekend, NASA has confirmed that the New Horizons space probe is said to be in good shape for its flyby of far-flung dwarf planet, Pluto over the next few days.

Launched in 2006 and given a gravity assist by Jupiter and Earth, the space craft is now travelling at 14 kilometres per second, so is quickly approaching its intended flyby, having come within a million miles of Pluto early Monday morning. At its closest approach in the coming days, New Horizons will pass just 12,500KM above the surface of the world, taking high resolution imagery as it passes by.

However, due to the many billions of miles between Earth and the probe, it cannot be controlled in-real time, so will be operating an automated procedure throughout. The data sent back is also expected to take up to 16 months to be returned in its entirety, though we should see the first close up images of Pluto come through in the next few days. 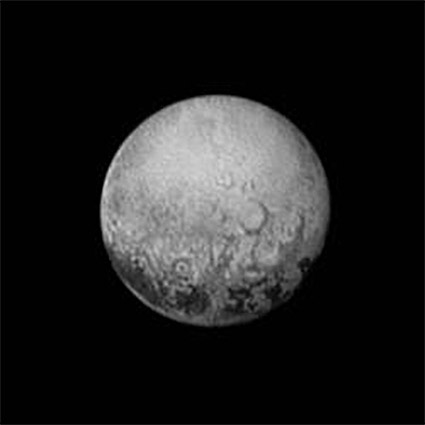 Early shots on the approach to the dwarf planet have already been impressing scientists around the world.

As well as Pluto's surface, New Horizons will also be taking photos of many of Pluto's moons, including Charon – which has already been pictured – Styx, Nix, Kerberos and Hydra, all of which have only been glimpsed in blurry digital reconstructions before now.

Unfortunately though New Horizons will simply be travelling too fast and with too little fuel to be captured by the weak gravity of Pluto, so it will speed on by after a brief few days in Pluto's presence. However, even after it's main mission is finished, it still has much to do. Between 2016 and 2020, there's a chance that the speeding probe will be able to fly by several Kuiper belt objects, specifically 2014 MU69 in 2019.

The mission is expected to officially end around 2026, when the on board radioisotope thermoelectric generator's plutonium sufficiently decays. However, if it doesn't, New Horizons can continue to be useful well into the 2030s, taking measurements from our solar system's outer heliosphere.

KitGuru Says: Fingers crossed for you New Horizons. Send us back some pretty snaps from your holiday.