Even though Oculus and HTC/Valve did a great job of slimming down the lenses used in the new generation of VR headsets, they're still one of the reasons the headsets are as big and as thick as they are. That could well change with the second generation though, as a new lens technology could usher in ultra-thin lenses for all sorts of industries.

For hundreds of years humans have been refining the process of grinding out lenses. The perfect, tapered shape has always eluded us, even in 2016, with solutions to make them thinner and more capable often resulting in annoying side effects and visual artefacts. 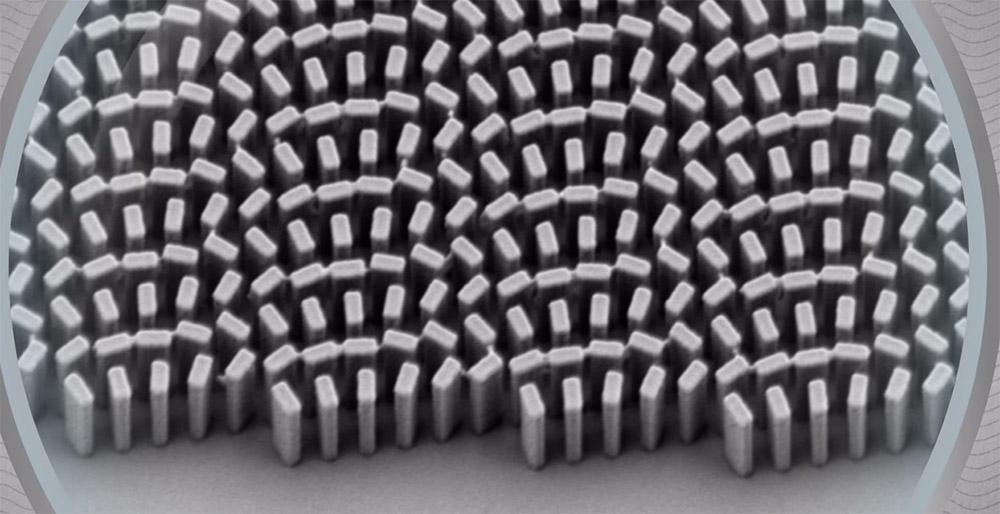 The new design, known as meta-material lenses, does away with all of that altogether and shrinks a lens down to the thickness of a human hair. These lenses are made up of thousands of microscopic ‘towers' of titanium dioxide, each capable of splitting and refocusing the light that hits them.

When arranged in a specific pattern, they can refocus all of the light on a single point, making them an effective lens. As effective, if not more so, than traditional lenses too, despite being far, far smaller.

For a better explanation, we'll let Science Magazine break down the real science of it:

Better yet, making this sort of meta-lens is incredibly easy. It might sound like a complicated process, but compared to the physical grinding and polishing of traditional lenses it's much easier. It's even compatible with fabrication plants currently producing silicon chips and other electronics, so mass production of these lenses could begin far quicker than you might have expected.

This could allow for not only much smaller VR headsets in the near future, but higher grade lenses for cameras, microscopes and telescopes, all in much, much smaller form factors than have ever been possible with traditional glass lenses.

KitGuru Says: This may not seem it, but this is a huge breakthrough. After hundreds of years of refining traditional refracting lenses, scientists have still not made a perfect lens. Now they don't have to.