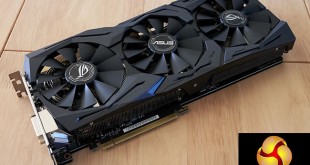 On May 17th Nvidia released their Founders Edition GTX 1080 and today we follow up on the launch review by looking at the first custom partner card to hit our offices. The Asus ROG Strix GTX1080 is fully loaded, featuring the latest Direct CU III cooler, customisable RGB lighting and enhanced ‘out of the box' clock speeds. ASUS have designed the card with low noise in mind, but it is worth the hefty £659.99 asking price? 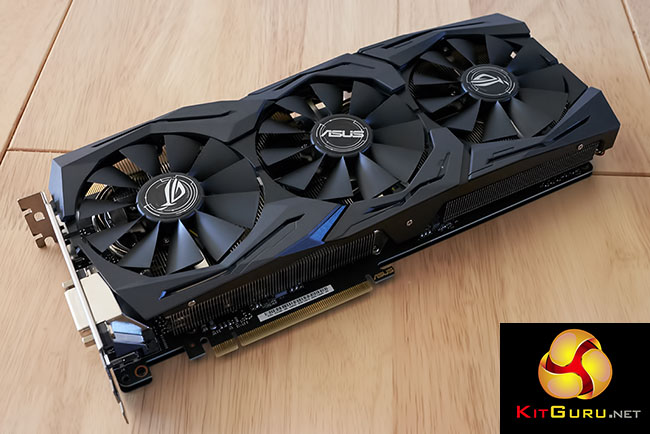 Asus have adopted their latest Direct CU III cooler on the ROG Strix GTX 1080 card, which they claim is 30% cooler and up to three times quieter than the reference design. Their new patented ‘Wing Blade' fans are said to offer 105% more air pressure.

Like most Asian manufacturers Asus love to quote percentage improvements in their marketing literature. It is however interesting to see that the PCB is fitted with GPU controlled 4 pin fan headers, if you wish to further enhance the cooling system.

The market in general seems obsessed with RGB lighting right now, so it is likely going to be well received that this card incorporates RGB (AURA) lighting, controllable by software. More on this later in the review.

The Asus Republic Of Gamers Strix GTX 1080 can operate at different clock speeds, controllable in the latest version of GPU Tweak II. In Gaming Mode base clock is set at 1759mhz, and in OC mode base clock is 1784mhz. Boost clock speeds are 1898mhz in Gaming mode and 1936mhz in OC mode. We test the card today in the faster OC mode, as it seems likely the enthusiast user base will do the same.