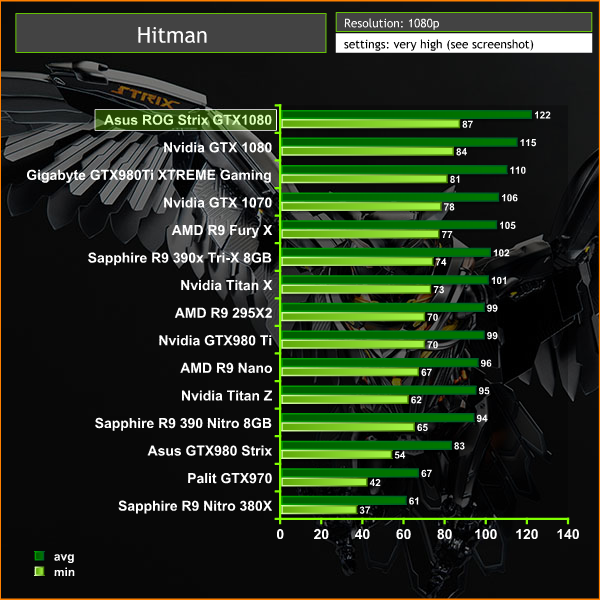 This engine runs particularly well on the high end Nvidia hardware as shown in our graph above. The Asus Republic Of Gamers Strix GTX 1080 tops the chart, averaging 122 frames per second.