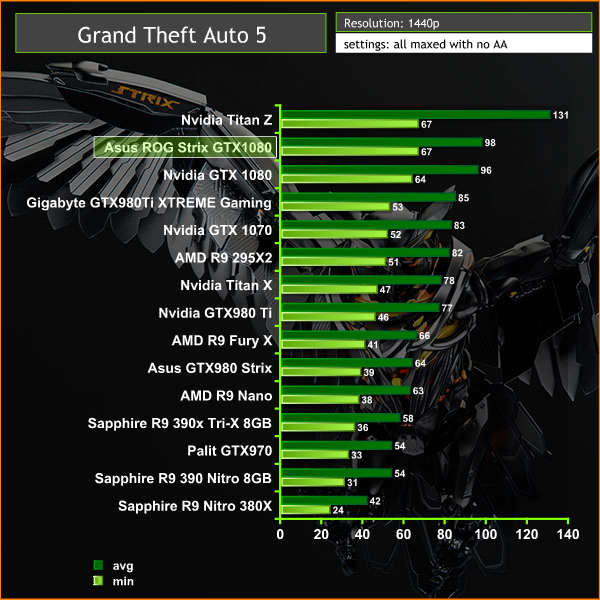 At 1440p the Asus Republic Of Gamers Strix GTX 1080 averages close to 100 frames per second, just ahead of the Founders Edition.