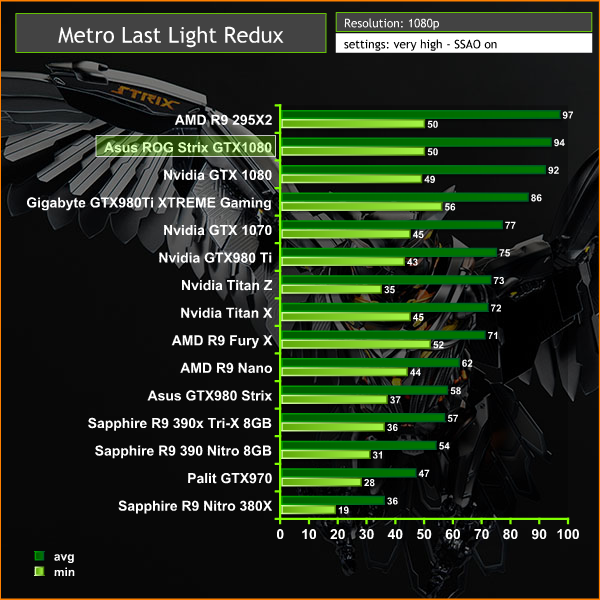 Another stellar result for the Asus Republic Of Gamers Strix GTX 1080, holding a 94 frames per second average.