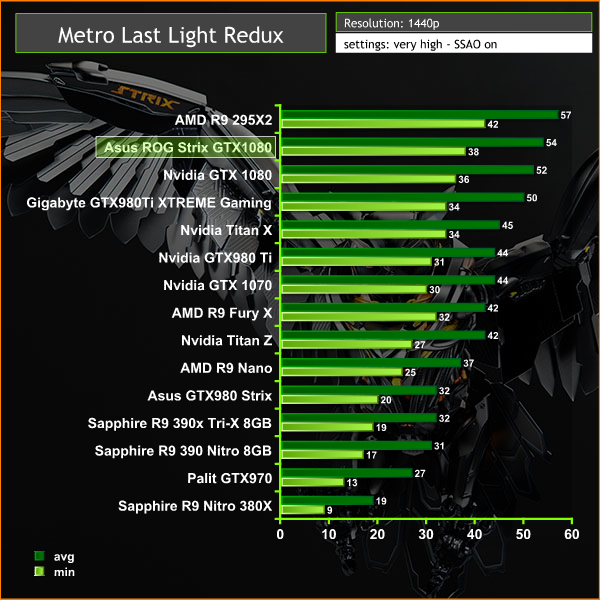 A demanding engine at these settings. The Asus Republic Of Gamers Strix GTX 1080 averages 54 frames per second, which is excellent.