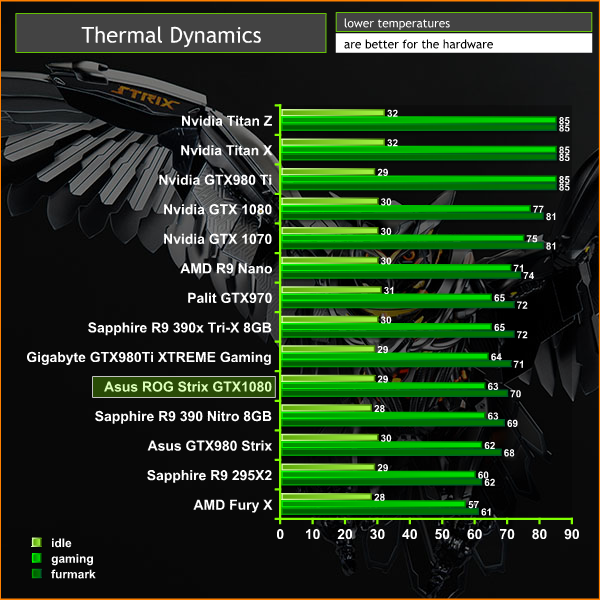 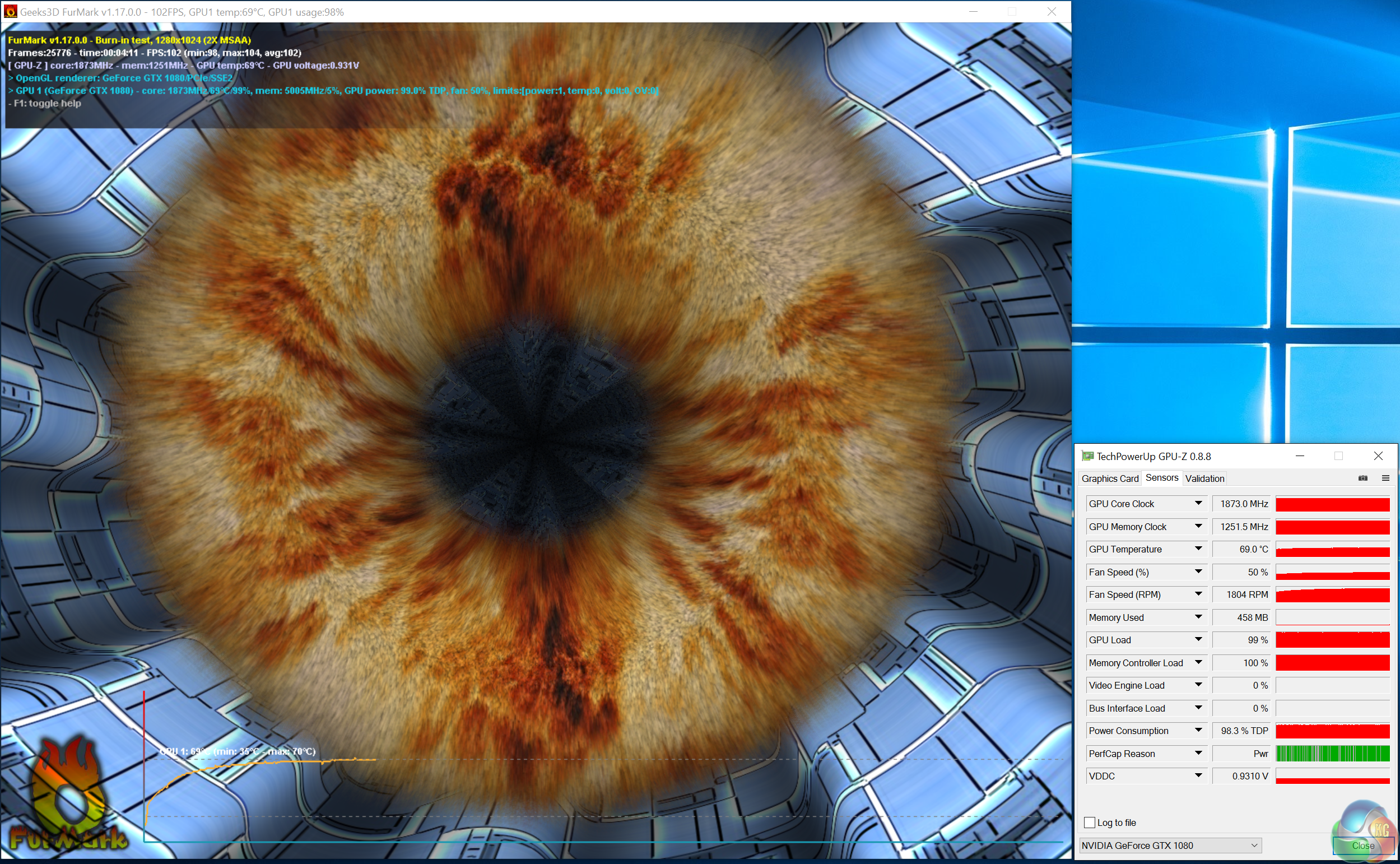 The three fans only start to spin up with the Asus Republic Of Gamers Strix GTX 1080 is placed under moderate or heavy load. 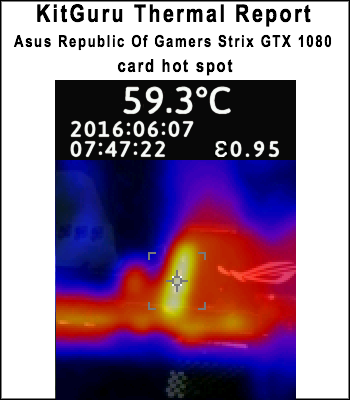 The image above shows the Asus Republic Of Gamers Strix GTX 1080 backplate helps maintain cool operating temperatures across the PCB. When gaming, the core is running at 63c, and the maximum temperature on the back of the card is around 59c. Stellar results.