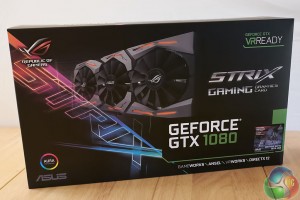 The Asus Republic Of Gamers Strix GTX 1080 box artwork is colourful, with a neon sign style ‘Strix’ highlighted alongside a high resolution image of the card itself. 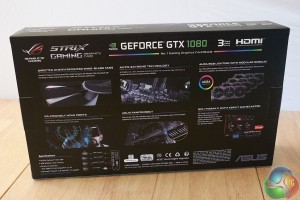 The rear of the box highlights some of the features, including the RGB lighting. 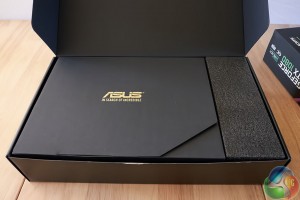 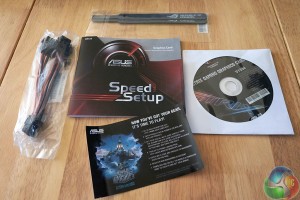 The card itself is well packaged, surrounded by thick foam during shipping. Above the card there is a cardboard box containing all the accessories. These include a software disc, literature on the product, and a power converter. We always recommend you grab the latest driver direct from the Nvidia website rather than use one installed on a CD as it could be several revisions out of date. 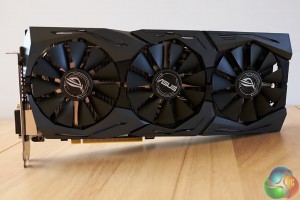 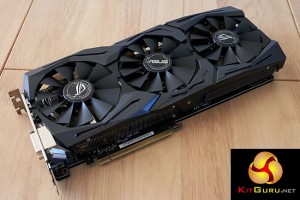 This is a triple fan cooler, and when idle they do not spin. 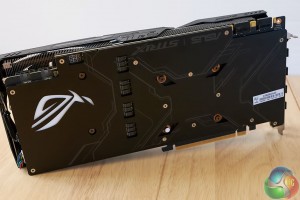 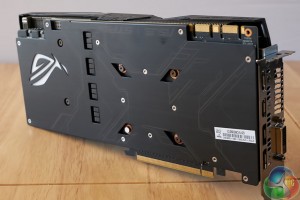 The Asus Republic Of Gamers Strix GTX 1080 is a weighty card, and the heft in hand gives reassurances to the build quality. 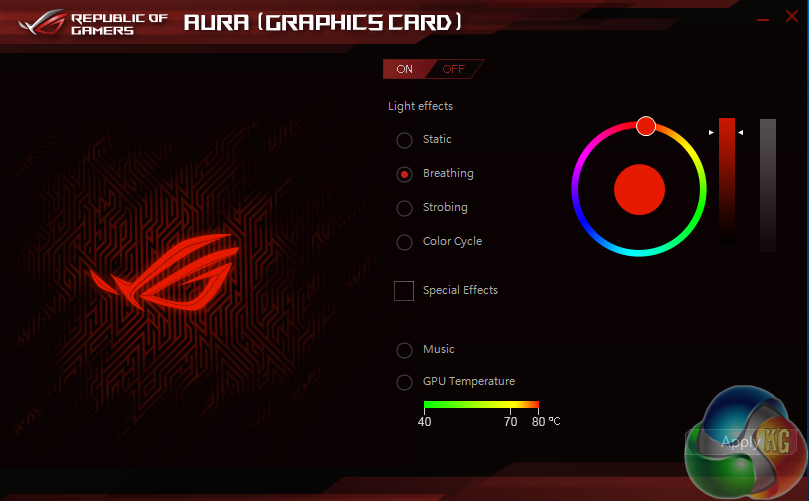 The backplate is beautifully engineered with the logo cut out, and fully able to glow in RGB during operation. The lighting is controlled by the software that is supplied with the card – called ‘AURA’. You are able to change lighting from static, to ‘breathing’, as well as ‘strobing’ and ‘colour cycle’ modes. A slider is positioned on the right of the interface which lets you select a colour from millions available. The ‘music’ option allows the card to pulse along with music you are playing at the time. the ‘GPU temperature’ option controls lighting based on the temperature of the card. so it changes from green when colder to red, when hot. I can’t see anyone feeling that ASUS cut corners here.

The quality of the lighting is first class, the colours you choose are all very accurately represented on the card itself. The short video clip below shows the ‘colour cycle’ mode. 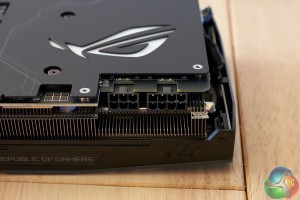 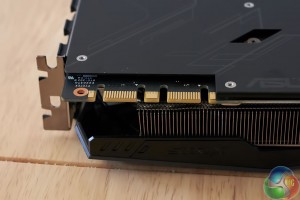 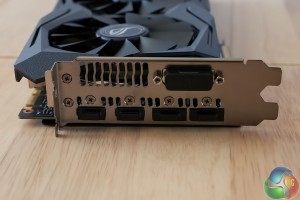 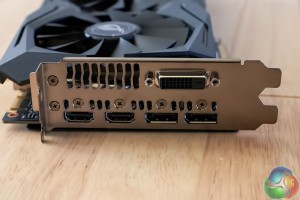 Asus have an interesting I/O layout on their ROG STRIX GTX 1080, opting for dual HDMI ports, alongside dual DisplayPort Connectors. They say this is to help with VR compatibility, offering a port to connect the VR device and another to the display, at the same time. A DVI port is also incorporated. 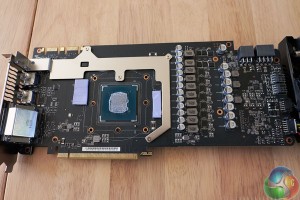 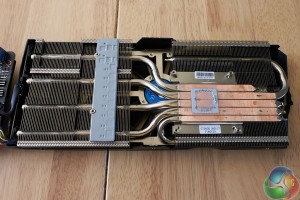 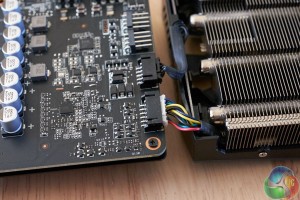 The Direct CU III cooler is massive, comprising 5 thick direct contact nickel plated copper heatpipes which run into a base. There are several racks of densely populated aluminum fins and four of the five heatpipes run into one, and two lengths into another. Asus are using high grade SAP II Capacitors wihch are said to give 2.5x lifespan, which translates into 90,000 more hours of use when compared against traditional capacitors. They are using SAP II Chokes to reduce buzzing noise under load.