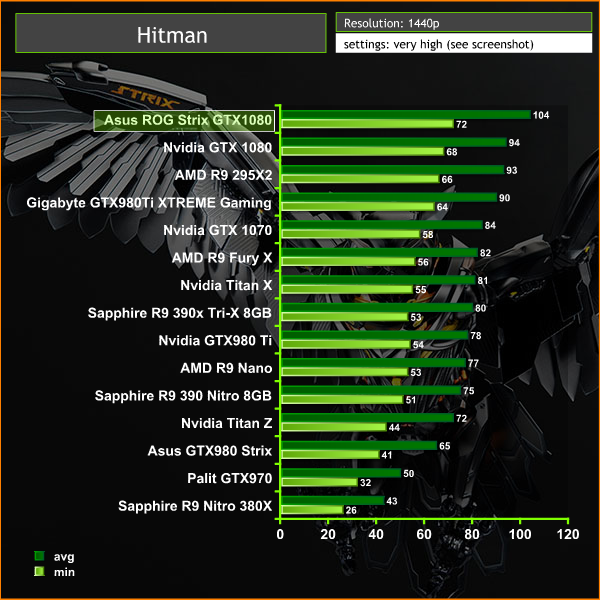 At 1440p, the Asus Republic Of Gamers Strix GTX 1080 holds onto top position in the graph, averaging 104 frames per second.