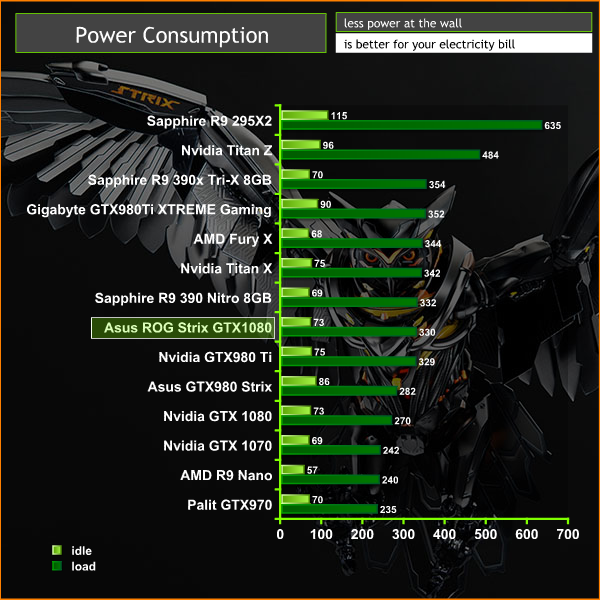 The Asus Republic Of Gamers Strix GTX 1080 takes more power than the Nvidia GTX 1080 Founders Edition, around 50 watts under extended load, according to our meter. System demand increased from 270 watts to around 330 watts.