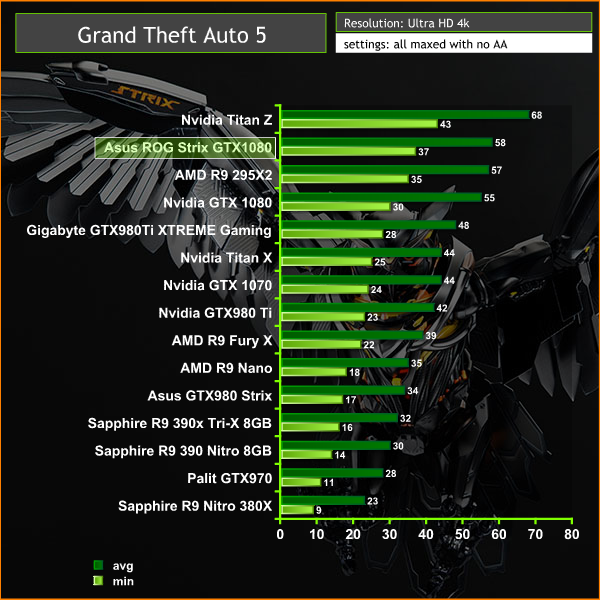 At Ultra HD 4K the Strix GTX 1080 averages close to 60 frames per second dipping to just under 40 fps a few times. Two high end cards in SLI or Crossfire are really needed to get a solid 60+fps at these maxed out image quality settings.