It’s been seven long months since anyone has heard from the Philae lander, which was touched down on a comet, hundreds of millions of miles from earth, in a descent that was fraught with nail biting triumphs. After 60 hours though, its batteries ran dry, as it had managed to land in an area of near consistent shade. However, now that it’s closer to the sun, its brief periods of sunlight are enough to power it back up and the European Space Agency has begun communicating with it once again.

Hello Earth! Can you hear me? #WakeUpPhilae

There had been no guarantee that even as Philae drew closer to its power source, that it would be able to turn back on, but the decade+ old hardware did its just admirably and re-established contact with its parent craft Rosetta, which in turn beamed back its confirmed reinvigoration to Earth, where the ESA informed the world. It’s now hoped that Philae will be able to transmit some of the scientific data it still had on board when it shut down last year and also carry out new experiments and take photographs as the comet reaches its closest point to the sun. 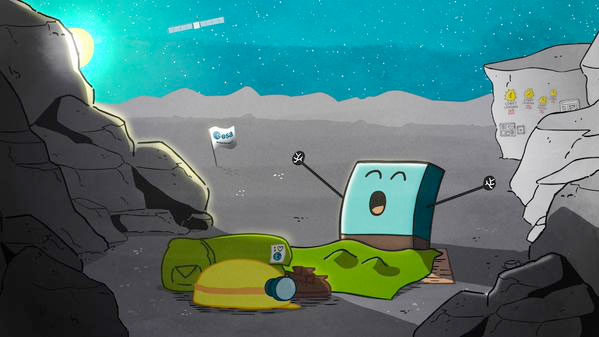 It’s expected that as 67P nears the great stellar body, it will continue to heat up and that may cause some strange activity aboard the comet, potentially sending up jets of gas, or even parts breaking off to form the tail. It will reach its closest approach to the sun in August and will be at a distance of 127 million miles from it at that time.

The only worry is, that as it gets closer, Philae itself may overheat, though at this time, it’s racing through space at a comfortable – relatively – minus 35 degrees celsius.

KitGuru Says: It’s great to see Philae come back online, if for no other reason than the ESA does a great job of making all of its space craft feel as if they are talking to one another.