Doom, or Doom 4, depending on how you want to look at it, was shown off in all its first person, Mars station exploring, demon hunting glory this weekend at the E3 conference in Los Angeles. The reveal not only showcased a game that is far prettier than its predecessors, but much more violent and bloody too. Perhaps it’s taken some inspiration from the “Brutal” modification of its ancient ancestor? 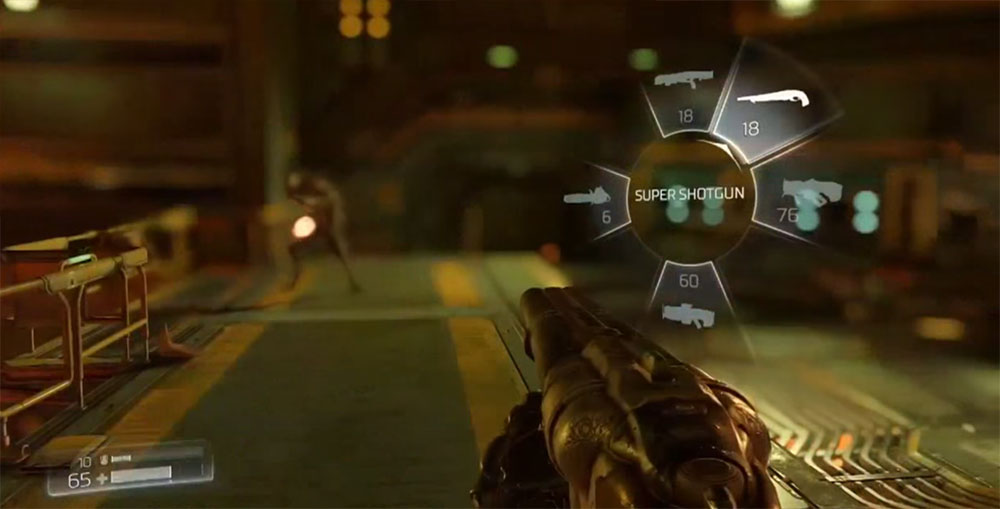 While the gunfire is itself rather damaging to flesh and bone, it’s the melee attacks that really send home the message that the new Doom isn’t messing around. Heads are crushed, hearts are pulled from chests and demons are exploded in patterns of gore that look like they would make fantastic rorschach cards for the counselling that our dear super soldier is going to need after this hellish crusade.

One of the more interesting aspects of the game too, is the echo device, which acts like a holographic version of the audio logs often found in first person games, which help flesh out the backstory. In this, players are able to rewatch the past, through augmented reacreations, right in front of their eyes. It can not only hint about where more demons – that are ripe for slaying – may be, but can send you off down paths that help further the game.

Even for the singler player experience on show though, the gameplay is fast, hinting perhaps of a return to multiplayer prominence for the series too.

Kitguru Says: It’s been a long time since we had another real Doom game. It didn’t look anything quite like this though. What do you guys think of the new trailer? Gorey enough for you, or was it a bit gratuitous?